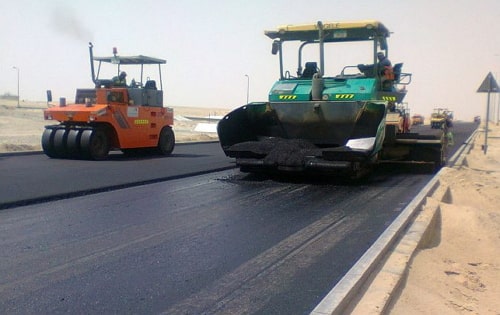 Nigeria Remains Work In Progress Close To 60 Years After Independence

It was not my first trip to Accra, the Ghanaian capital. But it was my first flying in through the brand new Kotoka International Airport. The terminal I used to fly in through has now become the local wing of the airport.

A passenger who flew in with me from Lagos expressed shock at the look of the airport shortly after we alighted from the aircraft. Her colleague, who had flown in through the new airport, started telling her about the goodness of it. Though I had not seen the airport, I had seen pictures of it posted by Bashorun Dele Momodu and star actress Omotola Jalade-Ekeinde.

The new airport is not big like Heathrow Terminal 5. But it can rival many in the advanced world, including the Dubai International Airport. Please don’t compare it with Murtala Mohammed International Airport. I do not know what the new terminal of the Murtala Mohammed airport will look like but looking at its size, it looks small for a country everyone wants to come and grab as much as possible and run away to enjoy elsewhere!

There are machines to print boarding passes of international flights of Delta Air, Turkish Airlines and so on. Just like it is in the advanced world.

I was in the Ghanaian capital for the launch of a pro-book project. There, we discussed politics, power. A half Togolese, half Ghanaian shared her experience at the Togolese border where she had to pay a ‘fine’ and in Accra, she is not fully accepted.

The streets are well-planned, with streetlights, walkways made of interlocking stones and medians glittering with well-cut stones. The drainages in the cities and towns are mostly covered and many even serve as the walkways.

Accra boasts of good roads but we ran into one bad one and the author of Of Frog and Women, Bisi Adjapon, regretted passing the road and I laughed at her, saying running what she was running away from are not potholes when compared with the ones on Fatai Atere Way and some other roads in Lagos.

Like Ghana, Nigeria can work and should work. We first have to end the where-are-you-from challenge. Nigeria seems to be the only place where the area or state where you are born has absolutely nothing to do with where you are allowed to legally claim. A panelist at one of the sessions at LABAF recounted an experience while trying to obtain the National Identity card. He was born and bred in Lagos but his parents are from Edo. When he filled the registration form for the ID card, he wrote Edo as his parents’ state of origin but wrote Lagos as his state of origin. The officials of the agency responsible for the issuance of the card would have none of it. They insisted he was from where his parents were from. His attempt to educate them that the Constitution gave him the right to choose his place of birth as his origin fell on deaf ears.

The severity of the where-are-you-from challenge has seen politicians returning to their states of origin to seek elective offices only to be reminded by home-based politicians that they are ‘imported’. They are not accepted where they reside and pay taxes and seen as lepers by people in their home towns. Double jeopardy!

At a time in the United States, two Bush brothers were governors in two different states. If it were Nigeria, they would have been confined to Texas where their father was from. It matters not that they were born in different states and had contributed to its growth through tax payment and other means.

Only in states such as Lagos, Kaduna and a few others do indigenes of other states have places in their civil service. Whether you were born and bred in those states mean nothing. You are from where your father comes from. Your mother’s state is irrelevant. Our problem is so compounded that some people will not even agree to sell landed properties to non-indigenes. The most ridiculous is when love affairs are put asunder because parents will not allow their son or daughter to marry from outside their state or tribe.

Nigerians are also a special kind of beggars. For years, we have been begging our governments to give us good leadership. Our health institutions, things are in a shambles. Our education is in crutches. Our roads are death traps. There is almost no sector of our national life that we have been able to get right. We remain work in progress close to sixty years after Independence and over 100 years after amalgamation.

Gatekeepers Report 2019 shows that one of three Nigerians live in poverty. That represents thirty-two per cent of the population. Thirty-seven per cent of children still suffers from malnutrition.

Another interesting figure from the foundation borders on the situation where about half of Nigerians use unsafe or unimproved sanitation. Nigeria still ranks 43rd of 52 African countries on a recently compiled sustainable development goal index.

Poverty, the report says, is concentrating in fast-growing countries like Nigeria and by 2050, more than 40 per cent of Nigeria will still be under poverty’s jackboot. No wonder we still have the second-highest number of deaths of children under the age of five.

My final take: Our country is yet to start crawling, not to talk of walking, and far away from running. Our political class is just a little better than the military. In a lot of sense, many of the players on the political scene are yet to be cured of the military hang-over. A sizeable number of the key players even have a garrison mentality. Ours is a democracy without democrats. Selfish interests are masqueraded as national interests. The good of one is sold as the good of all.