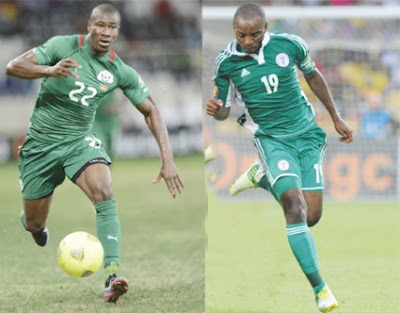 Former President of Nigeria, Chief Olusegun Obasanjo, says the better team will emerge the new African champions when the Super Eagles of Nigeria confront Stallions of Burkina Faso on Sunday in the final of Africa Cup of Nations slated for Johannesburg soccer city, South Africa.

Obasanjo made this assertion while speaking with the British Broadcasting Corporation, BBC yesterday night.

The former Nigerian president who expressed satisfaction with the performance of Stephen Keshi and his Eagles, said he is expecting the final of this year’s edition to be more glamorous and exciting considering the fact that the two teams are from the West African sub-region.

“If I want to comment about the final match between Nigeria and Burkina Faso on Sunday, my take is to see a better team winning the game. For the two teams to be in the final, it shows that they are good. So, I am looking forward to seeing a better and an exciting final. Like I said earlier, the better side will surely win the final,” Obasanjo said.

Obasanjo believes that the final match will not be an easy task for the two countries because they know that it is one step to glory.

He disclosed that having seen the two teams reach this year’s AFCON final, it is difficult to say this is the country that will win the game on Sunday.

Meanwhile, SuperSport reports early today that there has been mass hysteria in Burkina Faso as Stallions face the Eagles in the final. Underneath the wild raptures of celebration lies some fear for Sunday’s match, which many Burkinabes say remains very uncertain because of how the Eagles have been improving in the tournament.

“Although we played a 1-1 draw against Nigeria in the group stage, the Super Eagles now seem like a wild beast that has just been unchained. They are devouring and the general fear here now is they could do the same to us like they did to Mali earlier on Wednesday,” said Awa Sanogo, a 41-year-old trader based in the country’s second largest city, Bobo Dioulasso.

To further boost the morale and spirits of the Eagles, President Goodluck Jonathan is sending a high-powered delegation led by the President of the Senate, David Mark to represent him and the Federal Government at the match in Johannesburg on Sunday.