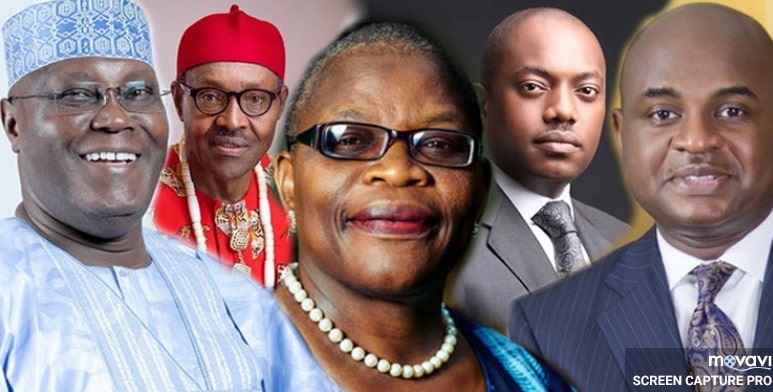 Organizing a presidential election debate to prepare us for informed choice in Nigeria’s poll in 2019 without the face of tomorrow is a failed enterprise from the take-off point. Two of those capturing that future, Tope Fasua of Abundant Nigeria Renewal Party (ANRP) and Omoyele Sowore of the African Action Congress (AAC) are among those being shut out of the debate. That amounts to denying the future a say in our affairs. That’s disastrous, because a loss of those who stand for the next generation and a vote for the jaded geriatric age is a dirge for democracy and society.

The Nigeria Election Debate Group (NEDG) and its electronic media partners, Broadcasting Organisations of Nigeria (BON), are short-changing the people by aligning with the establishment forces to disallow these renaissance politicians a voice. By restricting the debate, largely, to the old school of Muhammadu Buhari of All Peoples Congress (APC) and Atiku Abubakar of Peoples Democratic Party (PDP), NEDG/BON are limiting the capacity for a critical gauge and robust intellectual combat necessary to arrive at the right material for leadership and governance.

They are also saying we must always pick our leaders from among those who have been ruling us. But these have failed us repeatedly and can’t be trusted to reinvent themselves. If a person has ruined you a thousand and one times in the past in joint business ventures, and returns with the same bag of tricks asking for a chance to run another deal with you, what are the odds in your favour that you would be alive to tell the story of the raw deal you would get from him? What is the guarantee he won’t move you to the next level of fatal perfidy and knavery?

There is the disingenuous argument that the new face of Nigerian politics is noticeably represented by Kingsley Moghalu (Young Progressive Party), Obiageli Ezekwesili (Allied Congress Party of Nigeria) and Fela Durotoye (Alliance for New Nigeria).

That can’t be the case when the radical components of the new breed of the dialogue in the likes of Sowore and Fasua are out of the circle. If we are presenting the best of the system for a debate to prepare us for next year, we need also, for the sake of sake, to offer the pre-eminent of the resurgent class. There must be a level playing field, as the politicians are wont to say themselves. Otherwise, the debate would be flawed and its outcome painfully unrepresentative of the democracy we claim to be practicing. How can the option we settle for at the poll in 2019 not be blurred if the process is so full of disfigurement, bias and predetermined options?

That was the point Ezekwesili was making when she called on NEDG/BON to review their position and bring in Sowore. She said: ‘’As a country, with huge contingent of parties fielding candidates for election, it does make sense to at least allow more than five such (new parties) in the most influential of Presidential Debates…I especially want to see a candidate like…Sowore.

He has been diligent in crisscrossing universities to awaken our young to engage in politics…He is doing the country a great service because we must have that generation of Nigerians fully understand and embrace Plato’s counsel: ‘those who think that politics is beneath them shall be ruled by their inferiors’.’’

It’s the same with Fasua. Nigerians want him to stand along the other candidates to proclaim and defend his reformist theories on development economy. He doesn’t believe we can survive on the regnant policy of tying our fate to a system that has stagnated us because of visionless leadership. He is known for his shock antidotes to our problems.

One such is his postulation that ‘’Nigeria is better off selling palm oil, not crude oil’’. This is his discovery: ‘’The last time I bought palm oil around Owo, Ondo State, I recall it sold for something like N2,500 for a four- litre jerry can. That is like N625 per litre. At peak, palm oil sold in global markets for up to $1,500 a tonne, or $1.50 (N450) a litre. The highest price of crude oil is approximately N280…So perhaps, we are better off propping up palm oil as our chief export product… We would not need to depend so much on foreign ‘investors’. It will be less injurious to our environment.’’

Let our presidential debate organisers bring in the new breed players with their revolutionary ideas on rebuilding Nigeria. We need their speed and new thinking in addressing the problems created by a succession of self-serving establishment rulers.

Let’s take a cue from ancient Athens. Her citizens never welcomed anyone who wouldn’t bring in new ideas to this historical city that had been home to the great trio of Socrates, Plato and Aristotle, the founders of Western philosophy. It was said of the Athenians: ‘’…all the Athenians and strangers which were there spent their time in nothing else, but either to tell, or to hear some new thing.’’

In the poll of 2019, we should accommodate only politicians who will offer us fresh and untried ideas to furiously drive development strategies. The journey starts with the current debate.

[About the Author: Banji Ojewale writes from Ota, Ogun State]

Buhari And The Disruptive PDP Lawmakers: Why Tramadol & Codeine Addicts Should Be Banned From NASS
Alex Badeh Poor Driver: Why You Should Never Die Without A Name