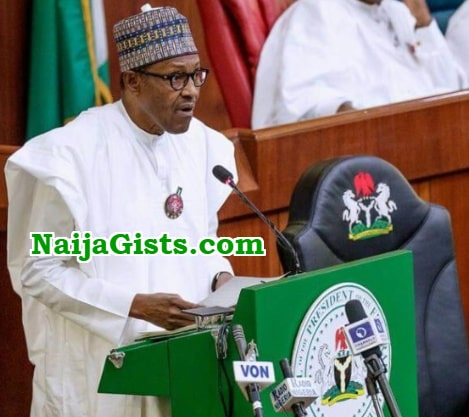 Buhari And The Disruptive PDP Lawmakers: Why Tramadol & Codeine Addicts Should Be Banned From The National Assembly

Nigerian lawmakers were at their best again yesterday. They heckled President Muhammadu Buhari as he presented next year’s budget to the joint session of the National Assembly. To his credit, Buhari remained composed all through as they jeered, sneered and grumbled. He only advised the unruly lawmakers to behave because “the world is watching”.

Not for them a thought on all the fine components of the document – the coming minimum wage, the explanation of the controversial subsidy issue, the battle to diversify the economy and all that. They seemed to have set out to embarrass Buhari.

Not at all. It would have been baffling if the lawmakers had sat through it all with the sobriety that such an occasion demands. The vacuous expression on their faces – those who were not snoring that is – showed it all. Little wonder they soon relapsed into the drama they so much love to sell as lawmaking, throwing up their arms like touts struggling for the control of a motor park. Indecorous.

Here are people whose pay is one of the best kept public secrets anywhere. They do not know which party has the majority. National Assembly workers are not paid. Bills are piling up.

The lawmakers may have conducted themselves as beer parlour clients because, as a colleague observed, Nigerians have seen that many of them are, indeed and in fact, lawbreakers.

He asked: “Didn’t they say tramadol and codeine are banned?.