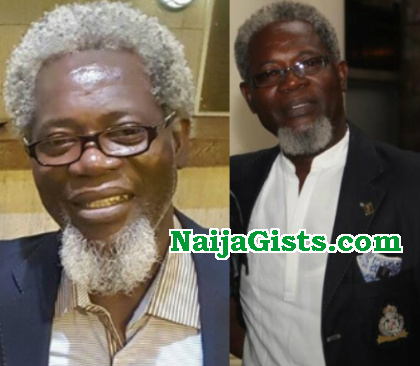 Family members of veteran actor Victor Olaotan are full of thanks to God for sparing his life in a near fatal accident that happened in Lagos yesterday.

The actor was the lone occupant of a car which crashed into an electric pole at Apple Junction in Festac Town in the early hours of yesterday, Monday the 31st of October 2016.

Few minutes later, a passerby who saw him in an unconscious state in the car wreckage alerted police who rushed him to a private hospital in Ajegunle where he was referred to Island General Hospital.

He was later transferred to Mayriamville Hospital where he is currently receiving treatment.

According to a close source, a C-Scan conducted on him at Mayriamville Hospital revealed that his left leg was badly damaged due to the impact of the crash.

Though he has regained consciousness, the source said the actor might have to travel abroad for surgery.

His elder sister also revealed that the actor is responding to treatment.