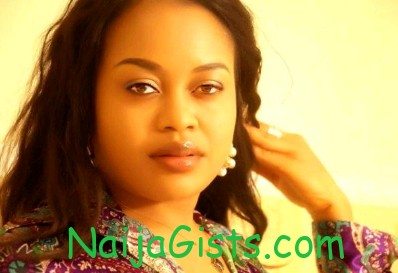 Nkiru Sylvanus, Nigerian actress and Special Assistant on Public Relations to the Imo State Governor, Rochas Okorocha, was kidnapped from a movie location in Owerri, Imo State by unknown gunmen on Saturday night.

Nkiru, who was kidnapped alongside two others, was waylaid and abducted by the gunmen between Concorde Hotel and Cathedral Road, Owerri.

The incident occurred when the actress, who had a misunderstanding with some crew members on the movie location, decided to take her leave in annoyance.

“Yes, she had a minor misunderstanding with someone on location, so she decided to leave. She had barely driven more than 100 metres from the location when the gunmen blocked her car and took her away,” a source in the Actors’ Guild of Nigeria

The kidnappers would later demand N100 million ransom before Nkiru, popularly known for playing ‘weeping’ roles in movies, would be released.

National President, AGN, Ibinabo Fiberesima, while speaking with our reporter this morning, said there are some issues on the kidnap saga she would not want to disclose on phone, but said the Guild was making efforts to secure Nkiru’s release.

“She is one of us, so there is definitely no way we would fold our arms when she is in trouble. We are making some moves, and I know that she will be freed unhurt by the grace of God. Her safety is very important to us.

“There are some things I will not want to say on phone right now, but Nkiru’s safety is our priority at this point in time. Let’s keep praying for her,” Ibinabo stated.

General Secretary of the Guild, Abubakar Yakub, described the abduction of Nkiru as an unfortunate incident and a further indication that the security of the country is in jeopardy.

“It is unfortunate that an entertainer, who makes a lot of people happy is the target of these kidnappers. Besides, it is sad that as a serving government official, Nkiru was kidnapped in that manner. It is high time the government found a lasting solution to our security problems,” Yakub stated.

Nkiru Sylvanus took the movie industry by storm with her exemplary performance in A Cry for Help.

She is not the first thespian to be kidnapped. Actors like Pete Edochie, Nkem Owoh and John Okafor, a.k.a. Mr. Ibu, had also been kidnapped at one time or the other. Mr. Ibu’s son, Mandela (now deceased), was also kidnapped alongside his mother some years back. (Source:PMNews)