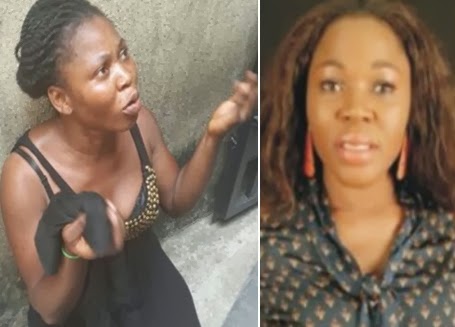 For longtime fans of NaijaGists.com, actress Yetunde Akilapa doesn’t need much introduction. She was the lady who was caught with over 100 master keys last year and was arrested for stealing.

As we speak, the actress has been caught again for a similar offence.

Actress turned serial robber Yetunde Akilapa was caught red handed on Sunday, the 13th of January 2014 at No 15 Ibitayo street in Magodo Phase 2 for breaking into an apartment.

A year after she was caught with bunch of master keys and arrested, the upcoming Nollywood actress has been arrested again for theft!

Though she initially denied the name Yetunde Akilapa, it was the ID card found on her that revealed her real identity.

Area residents gave the alleged robber the beatings of her life before handling her over to the police. 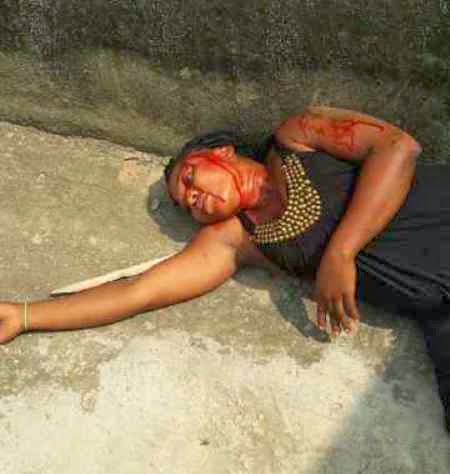 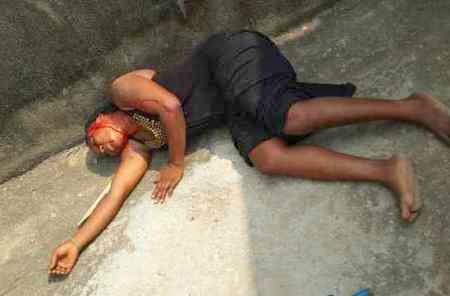 Yetunde Akilapa after the jungle justice.

The actress who is currently trending on the social media has been expelled from the Yoruba movie industry by the leadership of Odunfa Caucus, a group which she belonged.

Nollywood insiders disclosed that Yetunde Akilapa had consistently dropped names of top movie stars as her bosses in the movie industry and after her last ordeal, she was shown the exit out of the movie caucus.

Her friends and family members have bailed her from police detention as the aggrieved people refused to press charges against her.

I believe there is more to this Yetunde Akilapa’s case than we are reading in the media.

Last year after she was granted bail, the actress said some people in the movie industry set her up. Read more here.