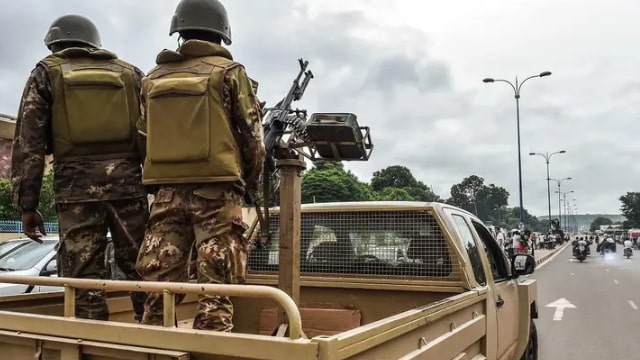 Some suspected kidnappers operating along the borders of Ondo and Edo States have demanded the sum of N20m to release an Army Captain abducted on Tuesday.

The Army Captain identified as D. Gana and three others were abducted along Auga/Akunnu road in Akoko North East Local Government of Ondo State while returning from Abuja.

Sources said the hoodlums blocked the highway and took their victims into the bush.

Security sources said the abductors contacted the family of the victims on Wednesday and demanded the sum of N20m for the release of the four victims.

It was gathered that men of the 32 Artillery Brigade, Akure of the Nigerian Army have been mobilized to the area to comb the bush with a view to rescue the victims as well apprehend the culprits.

Ikoro said the State Police Commissioner, Undie Adie, ordered detectives from the command to comb the forest in search of the kidnappers.

He said investigation into the incident has commenced and called for useful information that could lead to the arrest of the kidnappers.