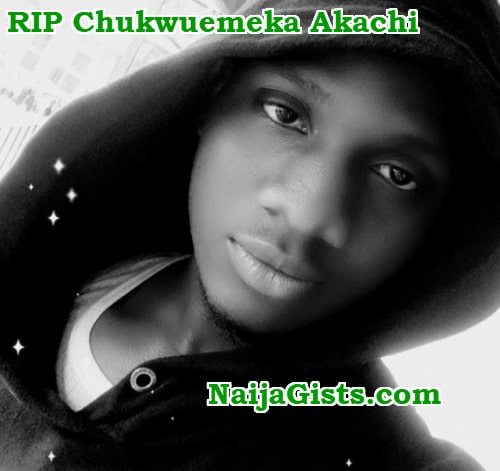 A brilliant young man who always portrays himself as a demon on Facebook has ended his own life.

Nsukka-based Chukwuemeka Akachi who has been uploading some scary photos and posting disturbing contents on Facebook in the past one month reportedly took his own life  yesterday Monday the 13th of May 2019.

According to close sources, Akachi, a Final year English and Literacy student of  the University of Nigeria, Nsukka has mental problem.

The son of a church elder reportedly embraced atheism when he gained admission into the school.

A family source said Akachi, the only son of his parents has been battling mental health problem since he gained admission into the school.

Sadly, no one knew his exact location when he dropped the suicide note.

His body was found by his family members yesterday afternoon.

Here are some disturbing posts he left on his Facebook profile.