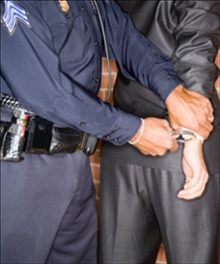 A bishop has been arrested by the police in Lagos state, southwest Nigeria, for his alleged involvement in fraud.

He was yesterday arraigned before Ejigbo Magistrate’s Court, Lagos for the alleged offence.

The 40-year old bishop, Nkamican Ekott who is a shepherd of an undisclosed new generation church, allegedly defrauded one of his church members, Nwuju John, of N143,000 under false pretence of supplying him recharge cards.

According to the complainant, after giving the bishop the money six months ago, he did not supply the cards as he promised but he rather started dodging him and threatening to place a curse on him.

He said he trusted the bishop after one of the church members introduced him as dealer in recharge cards and being a servant of God, he had no doubt and gave him the money to supply the cards.

He said he was surprised that after collecting the money, he started dodging him.

The matter was reported at Ejigbo police station and the bishop was arrested and charged to court on a two-count charge of obtaining and stealing under the Criminal Code.

When the charge was read to him, he pleaded not guilty.

The presiding Magistrate, Mrs. M. B. Folami granted him bail in the sum of N100,000 with two sureties in like sum.

The court also allowed him to go home on self recognition and ordered that he should report every day in the court until he perfects his bail condition.

The matter was adjourned till 11 March 2013 for mention.