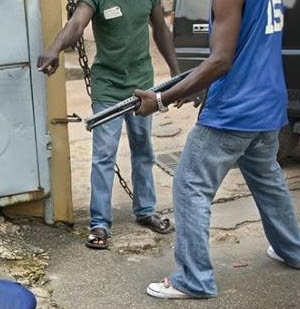 A 14-year-old boy from Umueze community in Enugu Achi area of Oji River LGA of Enugu has killed his baby brother while re-enacting a scene from a Nollywood flick.

Ebuchukwu Odika allegedly shot his younger brother, 3-year-old Anachukwu while the siblings were replicating a movie scene with their father’s pistol but unknowingly to them, the gun was loaded.

Enugu Police DSP Ebere Amaraizu said the suspect fired the shot that rendered his brother lifeless out of ignorance.

On hearing of the luciferious incident, their father Chrisian Odika who was in a meeting at Obodo Ukwu rushed home only to find the lifeless body of his son in a pool of blood.

The case has been transferred to the Criminal investigations Department of the Enugu state command.