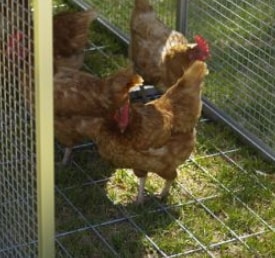 Rasaq of Olomi Village in Apete area of Ibadan is facing a count charge of attempted murder.

Chief Magistrate Jejelola Ogunbona ordered that the accused be remanded at Agodi Prisons pending the determination of his bail application.

Ogunbona directed the counsel to accused to bring a written bail application to convince the court why it should grant the accused bail.

The Chief Magistrate adjourned the case till June 14.

Prosecuting Sergeant Funmilayo Ige said on April 28 at about 11.00 a.m, the accused attempted to murder his step-son by putting him in a chicken cage while his hands were tied backward.

Ige said to prevent the two-year-old child from leaving the cage, the accused placed a six-inch block at the entrance of the cage.

He said the cage belonged to the accused neighbour who reared chicken.