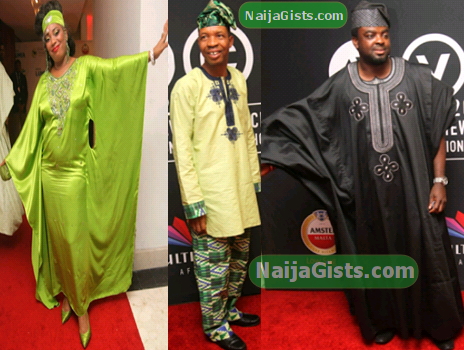 According to Bolore, a popular African fashion critic group, none of the AFrican celebrities in English wears actually portray Africa on the red carpet.

They were all spotted wearing native outfits as they posed for Camera at the popular event yesterday.

When will Africans start appreciating their culture?