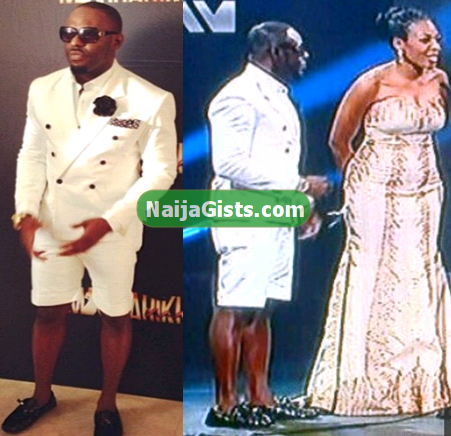 Little did they know that the man actually wore a carefully selected tuxedo designed by Iconic menswear designer David Bowler.

According to fashion experts, Jim Iyke is actually the best dressed celebrity at the event.

They claim since it is an African event, it’s wrong for celebs to be wearing English outfits infact it’s a disgrace to Africa as a whole… They should be proud of their heritage and show the world what Africa is made of.

Thanks to Kunle Afolayan who rocked the red carpet in his Agbada and many other celebs who wore African attires. 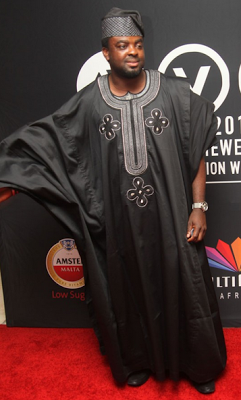 Actress Dakore In Nose Plastic Surgery Scandal – Did She Get A Nose Job?
Nigerian Celebrities Who Made Africa Proud At 2013 Africa Magic Awards(Photo)