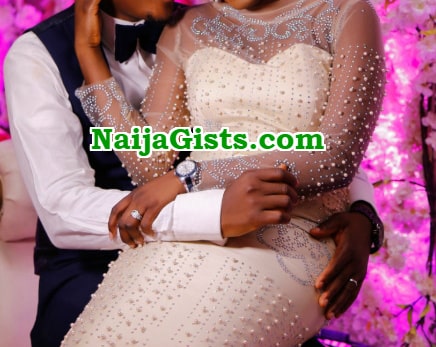 Nigerian Celebrity Weddings Of The Year 2018

The ‘Tinsel’ star took to his Instagram page in April 2018 to announce that he had married Chidera Okeke traditionally. From all indications, this wedding was a really private family affair as the actor didn’t release many photos from the wedding.

The love bug bit Tinsel stars, Linda Ejiofor and Ibrahim Suleiman, and they decided to make it official at an intimate yet star-studded wedding in November. The stars were able to keep their relationship secret until they released their pre-wedding photographs some days before their traditional wedding.

Like the other surprise weddings we had in 2018, actress, Kemi, fondly referred to as Lala and her beau, Chef Fregz, surprised everyone when they decided to get married. The wedding was attended by their celebrity friends and close family members.

It is apparent that most celebrities were able to keep their relationships out of the prying eyes of the public. A typical example of a very private relationship which turned into marriage was the union between On-Air Personality, Gbemi Olateru Olagbegi, and talent manager, Femisoro Ajayi, who is Falz manager.

Not many knew that Zainab Balogun got married until photographs of her wedding started trending on social media in May 2018. Zainab tied the knot to multi-millionaire aviation guru, Dikko Nwachukwu, in a wedding held in Lagos. It was attended by friends and families of the beautiful couple.