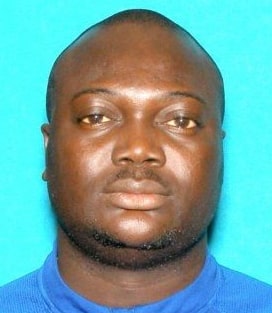 Mr Beyioku Olanrewaju, a Texas-based Nigerian American man has been charged with wire fraud after he allegedly defrauded the American red cross of $3600.

The 38-year-old reportedly cashed $3,600 in federal disaster relief vouchers provided by the Red Cross in October 2017. The Red Cross had set up a link on its website, where hurricane victims could apply for a one-time $400 cash assistance payment that could be redeemed with a reference code at a Walmart money center or customer service desk, according to the complaint.

After the codes were distributed in September 2017, Red Cross “received multiple calls reporting that people who were not hurricane victims were cashing in multiple reference codes at various Walmart stores across the United States.”

After an investigation, federal authorities determined 9 of the transaction were conducted by Beyioku. He was identified in a photo array by a clerk at Walmart. Authorities also traced the ill-gotten money back to his bank accounts.

According to Chicago Tribune, Beyioku used the names “Ake Nathan” and “Papa Smith Morgan,” a name determined to be his alias, to buy money orders, according to the complaint. Beyioku was seen in a white Chevy Uplander, which matched the vehicle seen on Walmart surveillance, at a Jewel Osco in Munster where he deposited money to a bank account belonging to “Papa Smith Morgan,” the complaint states.

Beyioku’s driver’s license listed an address in the 700 block of McKinley Street in Gary where an investigator saw a parked Chevy Uplander that matched the one at the Walmart and Jewel Osco, according to the complaint.