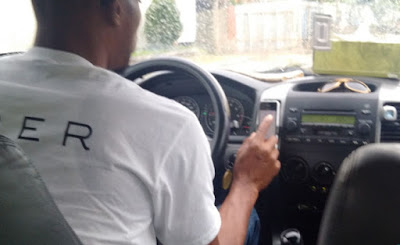 A Naija man deported from South Africa has been sentenced to 9 months in jail for allegedly defrauding an Uber Taxi driver, Adeboye Mayowa of N30,000.

Valentine Thomas was on Friday imprisoned by an Igbosere Magistrate Court in Lagos.

He was given the option of returning the N30,000 and spending 9 months in prison or stay a whole year in prison.

28-year-old Thomas of no fixed address reportedly committed the offence on the 30th of November 2016 in Surulere Lagos around 1:17pm.