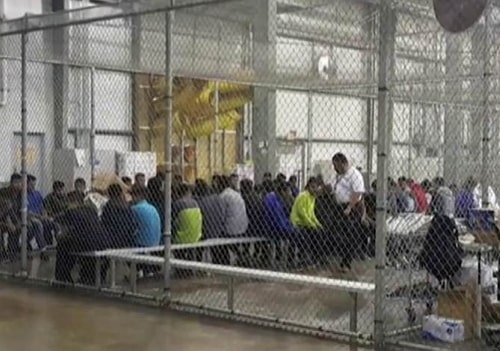 Japanese immigration authorities said Tuesday a Nigerian who died in detention in June starved to death while on hunger strike, in the first officially acknowledged case of its kind.

“An autopsy has found the man died of starvation,” an official at the Immigration Services Agency said.

The man in his forties, whose name has been withheld, died on June 24 after falling unconscious at Omura Immigration Center and being taken to a hospital in southern Japan.

He had been on a hunger strike for at least three weeks to protest being detained by immigration authorities for over three years, lawyers said.

It was the 14th death in Japanese immigration detention facilities since 2007, according to the Japan Federation of Bar Associations.

The man lost more than 13 kilogrammes (28.7 pounds) over the approximately three weeks since officials noticed he was on a hunger strike, the immigration agency said

He entered Japan in 2000 and was convicted of crimes including theft, the agency said.

He was released from jail on parole in 2015 but was moved to a detention facility in western Japan’s Osaka where he received an extradition order, it added.

The man had been detained at the Omura centre since 2016.

According to the agency, officials were unable to deport the Nigerian without his consent as they were still negotiating with Nigerian counterparts over deportation procedures.

Kawai said the man was among a growing number of detainees going on hunger strike to call for their early release.

According to the agency, the Nigerian had overstayed his visa and had also been sentenced to more than five years in prison for violating laws related to drugs and theft — the reason why he could not be released.

Immigration officials became aware of his protest on May 30. Initially the man was under observation and underwent medical checks at a hospital, where he received intravenous fluids.

However, after June 5 he refused to eat or receive any medical treatment. The man died after he lost consciousness and was taken to a hospital.

The agency has concluded the handling of the Nigerian man’s case wasn’t inappropriate given his refusal of medical treatment.

“The situation surrounding detention has been deteriorating,” the Japan Federation of Bar Associations said in a statement in August, urging authorities to investigate the death.

The agency separately said nearly 200 foreigners held at immigration facilities across the nation refused food during about four months to late September, and 36 of them kept up with the hunger strike as of September 25.

Rights campaigners have criticized the practise as an inhumane attempt to show other detainees that their protests will not result in permanent release.

Japan admits very few refugees and asylum seekers, placing a significant burden of proof on those who seek refuge and often detaining migrants for lengthy periods while their cases are processed.

Justice Minister Katsuyuki Kawai claimed that hunger strikes have become a common tactic to seek provisional release. As of Sept. 25, 198 detainees were on hunger strike across Japan.

Kawai believes that some foreign nationals with criminal records on provisional release may pose a threat to citizens.

He said the police and immigration officers are looking for 332 foreign nationals who escaped or are in hiding after being granted provisional release.

According to the agency, 858 of the 1,147 detained foreign nationals refuse to leave Japan despite having no compelling reason to remain. Among them, 366, or 43 percent, have criminal records and have been convicted. Also, 10 percent have been convicted of committing crimes while on bail.

Of the 858 detainees, 582, or 68 percent, have applied for asylum in Japan. The immigration law suspends deportation procedures when a detainee applies for asylum.

The announcement came amid criticism of poor medical care in detention centres.

Kawai also said that he was planning to take steps to improve medical care available to detainees and ensure that detention centres have full-time physicians.

*Reported by Japan Times and AFP