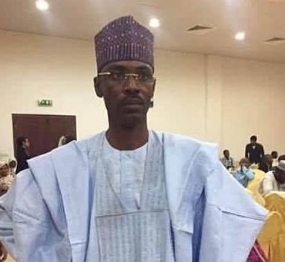 Mr Habibu Almutapha was reportedly stabbed to death by a suspected assassin today at his official quarters in the capital city of Sudan.

According to Al Arabiya TV, the diplomat was assassinated around noon .

The incident is still under investigation.

Continue Reading
You may also like...
Related Topics:diplomat, murdered, nigerian

Kogi Civil Servant Attempts Suicide By Hanging Self On Tree Over Unpaid Salaries
Abuja Based Business Man Murdered In Enugu..Chinedu Nzegwu Is Dead