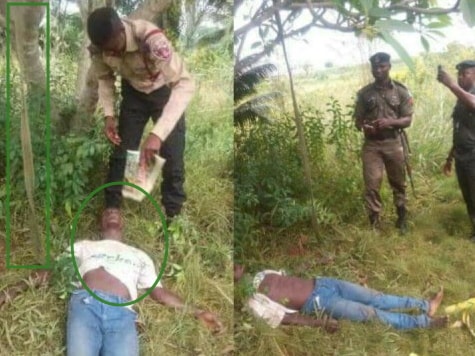 A man identified as Agada Okpanachi was today rescued while attempting to take his life.

The culprit reportedly came down from an Okada and rushed into the bush in Idah area of Kogi state where he hanged himself on a tree.

He was resuscitated by vigilant FRSC operatives who acted on tip off from a commercial motorcyclist.

In his confession, Agada, a staff of the Ministry of Agriculture in Kogi state said:

“The hardship is too much for me and I can’t cope than to hang myself.

“For the past two years, I have not taken a kobo after wasting all my money going to Lokoja”.