A reproductive expert, Professor. Osato Giwa-Osagie, has urged childless couples to consistently have sex for a minimum of two times a week.

He said findings had shown that couples who adhered strictly to the principles were 80 per cent successful in reproduction.

Osagie, a Professor of Obstetrics and Gynecology, gave the advice while delivering a lecture at the University of Benin Town and Gown symposium.

The theme of the event was : “The Impact of Human IVF Test-Tube Babies on Infertility in Nigeria.”
Osagie said only five, out of the 47 IVF centres in the country are government- owned.

The lecturer, who stated that it cost between N800, 000 and N1.5 million for a circle of IVF in Nigeria, however, disclosed that “the success of IVF is pegged at 25 to 35 per cent.”

He said: “The implication therefore is that there’s about 70 per cent failure. And in IVF, a couple can decide if they want another woman to carry the baby for them… But we don’t allow the person carrying the baby to meet the couples because of the possible consequence.” 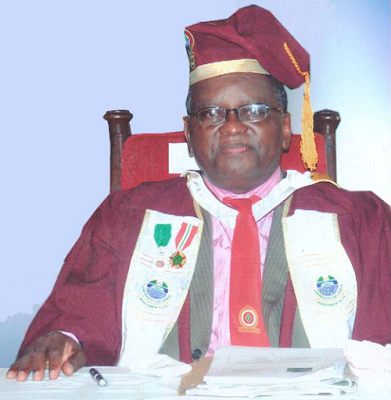 “With the advancement in infertility treatment, men with zero or low sperm count can have babies. Even women who are not menstruating can have babies if they have wombs.
“People who were born without functioning ovaries or who do not release eggs – some of whom have never menstruated in their lives, can have babies.”

Earlier, the Vice-Chancellor of the University of Benin, Prof. Faraday Orumwense, said the symposium was borne out of the need to sustain “all-round development of the school” and deepen the existing cordial relationship between the Institution and its host community.