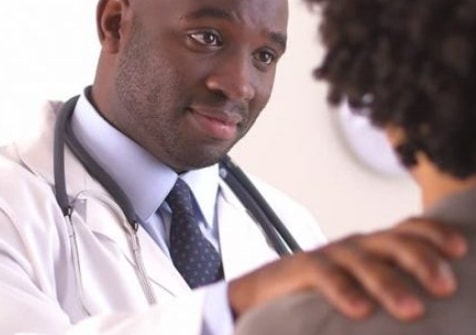 I read with dismay and total shock in the Punch newspapers of June 22, 2018 the story of a nurse Dorcas Adeyera who was brutally attacked and humiliated by a medical doctor, Dr Emmanuel Okolo at the Awoyaya Hospital and Maternity Centre, Ibeju Lekki, Lagos State. I still find it hard to believe that there are still some educated people in Nigeria in the calibre of this so called medical doctor who could throw caution to the winds and still behave in this barbaric manner. So what is the essence of their education in the first place? And this makes such person’s claim to being educated really questionable.

But what really caused this issue between the nurse and the doctor? Let me quote from the Punch newspapers: “… Okolo and Adeyera’s misunderstanding stemmed from the treatment of a patient rushed into the medical facility in the early hours of Monday. Okolo was alleged to have frowned on the admission of the accident victim without his consent, blaming Adeyera for the action. The medical doctor allegedly summoned the 23-year-old into his office and ordered her to kneel down. When the victim refused, 35-year-old Okolo was alleged to have dealt her several slaps and also flogged her with a belt.” Can you imagine that? Can you imagine this type of cruelty? Has the medical profession in Nigeria now become a breeding ground for thugs who pretend to be medical doctors and who now brutalize nurses at the slightest provocation? What happens to decorum and synergy between medical professionals in the treatment of patients and why should a doctor arrogate to himself to the status of god or a know-it-all in medical profession?

The duty of the doctor to urgently save lives and to save an accident victim who needed urgent medical attention and who was probably dying was done by the dutiful and caring nurse and just for not informing the doctor or waiting for him to handle the admission of the patient himself, he had the guts to order the nurse to kneel down, slapped and flogged her! This is unbelievable and I think this type of medical doctor does not deserve to be called a medical doctor because he is a complete disgrace to the medical profession in Nigeria. This type of doctor needs to be properly examined to know if he is psychologically balanced because many of these so called medical doctors who parade our hospitals and claim to be doctors actually need medical examination themselves because they don’t conduct themselves in the least noblest of ways that behoves of a doctor. A doctor who treats another person should first and foremost be sound health wise and psychologically too, but if on the other hand he is psychologically imbalanced, so what type of treatment is he going to give to others and how will he be able to properly treat an ailing patient?

We all remember the medical doctor who went all the way to the third mainland bridge in Lagos in 2017 and committed suicide. The memory is still fresh in our minds. But do you know the psychological issues he had that led him to commit suicide? Do you know the many patients who must have passed through him and who might have suffered from lack of proper care or treatment due to his inability to come to terms with his own health and well-being? This is one of the many problems of our health sector in Nigeria. If a medical doctor could slap a nurse for such flimsy excuse, if he could drag her on the floor and also flog her with his belt just because she did not take permission from him before admitting a patient, then it shows clearly that our medical profession in Nigeria has been seriously endangered by quacks and charlatans who parade themselves as medical professionals.

But this type of lackadaisical attitude by doctors is common in many of our hospitals. They treat patients with levity and disdain. They expect you to beg them and cry before they can admit you or your relatives. They will give you a high bill you can’t afford just to make sure the patient dies and is denied medical attention. They will insist that you deposit a huge amount of money before they even treat you and the moment you are unable to pay such money, they will abandon such patient to die. They take precious life with levity as if they too will not die one day. That is the problem with our health sector in Nigeria and our hospitals need a total overhaul because the medical professionals there don’t seem to understand the concept of saving lives first as a sacrosanct medical concept which should be adhered to by all medical professionals irrespective of the financial condition of the patient.

So it was the prompt response of the nurse in admitting the accident victim that angered the doctor because left for the doctor he would have perhaps treated the accident victim with levity and demanded for a huge deposit before he could treat him or her. In other instances, these doctors would subject an ailing patient to all sorts of horrendous and psychological trauma and even add more to their problems before treating them. Sometimes they would require an ailing patient who can barely walk to go round different offices in the hospital to fill different spurious and irrelevant forms just in order to properly extort the patient of his hard earned money even at the expense of his health. Sometimes before such patient finishes going through all these cumbersome processes in the hospital he might even collapse and die. But do many of these doctors really care?

I see a lot of anger and pride in some medical doctors in Nigeria in the course of carrying out their duties. This is very wrong. If you know you can’t function as a medical doctor, why go to school for all those years and then come out to vent your anger and frustration on hapless patients? I see many medical doctors that are so pompous and condescending in their attitude to people. So I begin to wonder why they behave that way or whether they were trained to be that way. Sometime in 2011 at the Navy Town Reference Hospital in Navy Town, Ojo, Lagos, I took a relative to that hospital and she was already in serious pains. She had a six months pregnancy and was referred there for the evacuation of the fetus because it was already a miscarriage and there was no hope on the baby anymore. Although the doctors at the previous hospital didn’t tell us the baby would be evacuated but from what they wrote in the reference letter, they had already communicated this to the reference hospital at Navy Town. But that is not even the issue.

The issue is that despite this woman was in serious pains and lying critically in pains at the reception for over one hour, they didn’t even attend to her despite all my pleas and they kept tossing me from one office to the other to make one payment or the other but left her in serious pains. As if that was not enough and to add insult to injury, while I was in the office of one of the doctors pleading with him to treat her case as urgent (which he knows it was urgent) and to attend to her, the doctor got angry and threatened to slap me and in fact he ordered me out of his office. He was actually a naval officer doctor because I can clearly remember he put on navy uniform as a naval officer. I was put through so much pains by the medical personnel at that Navy Town Reference Hospital just to make sure I save her life and to make sure the baby was evacuated. The funny thing about many Nigerian medical doctors and medical personnel is that many times they add to the sorrow of patients by their nonchalant attitude to patients who are in pains and who are supposed to be cared for.

This issue should be thoroughly investigated and if found culpable, the medical doctor should not only be banned from practising as a medical doctor in Nigeria, but he should equally face the law and be charged to court for assault as a deterrent to others who might want to do likewise. By his apparent display of insanity, it is very clear that he is not fit to live among sane people. It is so appalling and unthinkable that some medical doctors in Nigeria are so pompous and proud that they arrogate themselves to the status of gods to be worshipped by patients just because they feel that these patients have no choice because they are ill and need urgent medical attention. But these medical doctors failed to realize that they have an oath and a sacred duty to save lives no matter the circumstances. They are not meant to vent their anger or frustration on anyone but to do their job according to the law and save lives. Saving lives is the primary duty of medical personnel and any doctor who cannot live up to this expectation should be shown the way out of the medical profession.