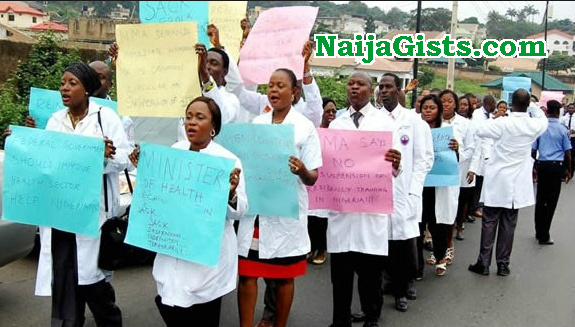 Nigerian Doctors Now Migrating To UK.. Number Of Registered Doctors Increase By 89% In 2018

The number  of Nigerian doctors working in the UK has increased by 89%, according to research by fact-checking organisation, Africa Check

In 2017, the number of Nigerian doctors registered with the UK General Medical Council nearly doubled, an increase of 89 per cent, the BBC reports.

So far this year, on average 12 Nigerian doctors were being registered every week, bringing the total number to 5,250 on April 28, the body said.

The first year for which data was listed – 2006 – showed 2,692 Nigerian doctors registered.

The BBC says it is not clear yet why the numbers have risen so rapidly.