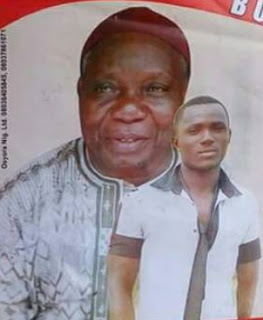 November 25, 2017 – Nigerian Father & Son Who Died A Week Apart To Be Buried Together In Amawbia, Anambra State

75-year-old Police Inspector Nobert Ifeukwu Udu who died on Thursday the 5th of October 2017 after a prolonged battle with an undisclosed illness will be buried on the same day with his son, 27-year-old Francis Udu who died a week after his death (October 12, 2017 precisely).

Come next week Friday the 1st of December 2017, Inspector Udu and his son will be laid to rest in their hometown of Amawbia in Anambra state.

Their obituary has since gone viral after a family friend, Nwike Michael shared it on Facebook. 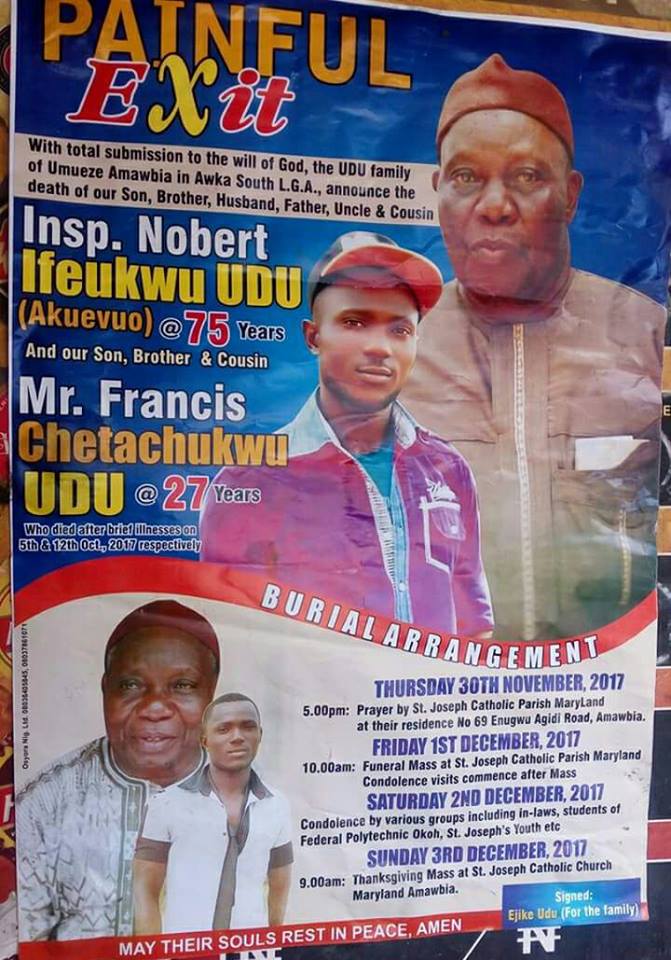 May their souls rest in the bosom of the Almighty.