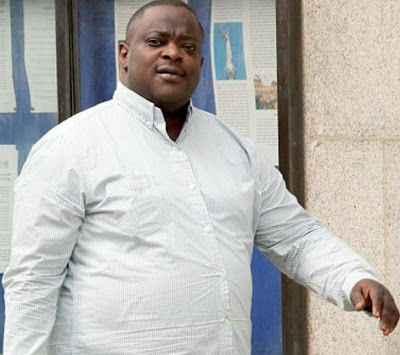 Nigerian illegal immigrant in the United Kingdom (UK) is to spend the next five years in jail after a court found him guilty of leading a gang which used the identities of members of parliament, judges and police officers to swindle the taxpayer out of millions of pounds.

Kayode Sanni, 38, was jailed for five years and three months for his role in the scam,according to The Daily Mail.

The gang stole personal details from the Civil Service Sports Council (CSSC), which provides sport and fitness facilities to more than 120,000 public sector employees and pensioners.

The personal details were deployed in placing orders for tax credit starter packs used in fraudulent claims over a four year period.

Adedamola Oyebode, 30, who worked as CSSC events manager, stole the details which he then handed over to her brothers-in-law Oluwatobe Emmanuel Odeyemi, 34, and Oluwagbenga Stephen Odeyemi, 39.

The gang was on course to reaping £10,260,525 only for Her Majesty’s Revenue and Customs to uncover the ‘extraordinarily high rate’ of claims being made by civil servants.

The jurors said Sanni “lied through his teeth” after he claimed that his “conscience is clear” and denied involvement in the scam.

The fraud was perpetrated t between 10 March 2009 and 11 June 2013. Emmanuel Odeyemi, Chantelle Gumbs and Adedamole Oyebode had earlier pleaded guilty to fraud charges. Odeyemi was sentenced to a prison term of three and a half years; Gumbs , a 15- month sentence suspended for two years; and Oyebode , a two-year sentence suspended for two years. Judge Paul Dodgson described the offence as a serious fraud . Sanni expressed remorse for the scam in a letter following his conviction but Dodgson was not impressed. He said:”I think he is remorseful that he got caught.

“I’m sorry, I just can’t regard that as sincere. “I can’t see how someone who contested the matter, who in the jury’s judgement, and in mine as well, just blatantly lied throughout and then claimed to be remorseful.’ Oyebode, who worked for the CSSC between August 2008 and August 2010, admitted supplying lists of members and their details in return for payment. She also made calls to the tax credit helpline to obtain application packs.

Further investigation revealed the fraudsters had used the details to create false identities, buy online insurance and open false bank accounts to receive the cash. The profits of the scam were then transferred out into either their own accounts or through Western Union facilities set up by Sanni and Emmanuel Odeyemi. Jurors were told that two of the gang, Stephen Odeyemi and his wife Oluwatumininu Banjo, 40, had fled to Nigeria and are wanted abroad.