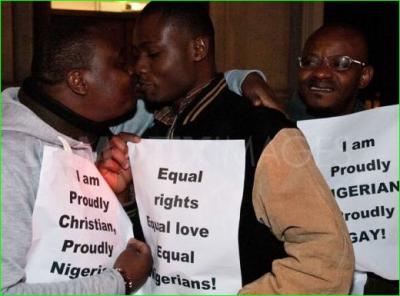 Litigants and witnesses at the Atani Chief Magistrate Court in Ogbaru local government area of Anambra State Wednesday witnessed a mild drama in the court premises as some people who claimed to be homosexuals nearly disrupted court proceedings in solidarity with two suspected homosexuals standing trial for allegedly committing same sex offence.

As early as 9 .00am, a large number of men with feminist outlook started gathering at the court premises to the surprise of the people around and it was only then that information filtered into the area that they came to identify with two of their members who were arrested by the police and charged to court for same sex violation related offence.