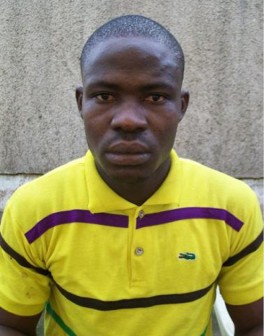 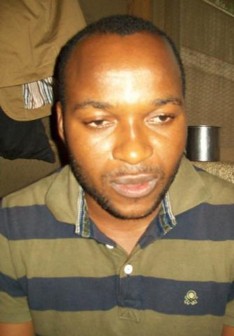 The National Drug Law Enforcement Agency, NDLEA said Okechukwu Samson Agwueze, 23, was arrested when the drug was traced to the pair of shoes he wore during screening of passengers on an Etihad Airline flight to India.

NDLEA Commander at the Lagos Airport, Mr Hamza Umar expressed delight over the detection of the drug and the successful arrest of the second suspect.

“It is gratifying that the drug concealed in the soles of the pair of shoes worn by the suspect was promptly detected. In addition, the second suspect who procured the travel documents and facilitated the drug trafficking was equally apprehended,” Hamza said.

“Okechukwu Samson who is a casual worker in construction sites said that his grievance was the fact that his cousin lured him into drug trafficking. Both suspects traded words over the failed drug trafficking attempt,” NDLEA said in a statement signed by Mitchell Ofoyeju, the agency’s spokesperson.

NDLEA Chairman/Chief Executive Ahmadu Giade urged Nigerians to be wary of relatives and friends who make offers of sponsoring them abroad.

“Members of the public must be cautious of the antics of drug barons. They are not philanthropist but criminals looking for drug mules to use in advancing their criminal activities. The case is under investigation and we shall get to the root of the criminal transaction,” Giade stated.