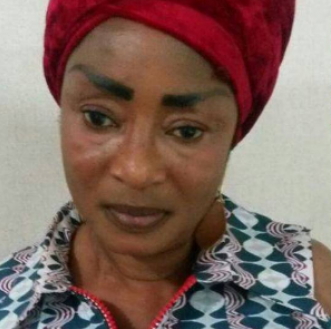 The NDLEA has arrested a 51-year-old grandma from Ijebu Ode Ogun State.

The suspect identified as Monsurat Akinyemi told the anti-narcotic agency she was introduced into drug trafficking by a friend in Uganda after she told him of her plan to expand her business in Nigeria.

NDLEA Commander, Ahmadu Garbu said the 180g of heroin found on the suspect was neatly packed inside her luggage and that she arrived Nigeria on an Ethiopian Airlines flight from Entebbe Uganda yesterday. 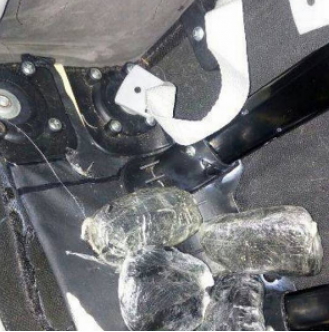 “I got married after I graduated from Muslim Comprehensive High School Ijebu-Ode. I am a trader. I used to buy and female clothes from India for sale. However, due to family problems and the economic situation, my capital is getting smaller and I wanted to expand my business. I was introduced to drug trafficking by a friend who invited me to Uganda.

I invested my $3,000 in the deal in expectation of over one hundred (100) percent profit. I am sad that things did not go as planned. When the drug was discovered at the airport, I felt as if it was all over for me.  I am not a criminal. I just want to survive. ”.

Chioma Okoye, Nollywood Actress Attacked For Crashing Friend’s Marriage Offered N3Million
Sanyeri: I Can Never Marry 2 Wives…My Wife Suffered With Me, I Can’t Let Her Down