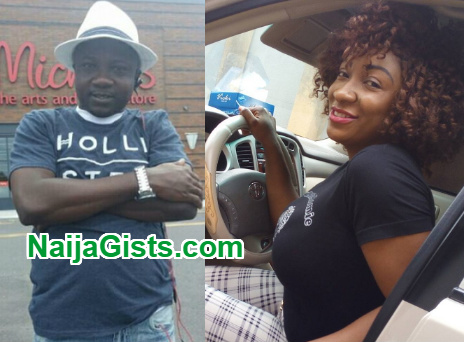 In a recent chat with Saturday  Beats, Nollywood funny man Olaniyi Afonja aka Sanyeri revealed why he can’t take a second wife.

Sanyeri said his wife, Hawawu was with him when he had nothing and for that reason, he will continue to adore her.

WHY I CAN NEVER MARRY A SECOND WIFE – SANYERI

“All through the period I was courting my wife, I did not have money. In fact, I was living in a room apartment with three other friends of mine – Adekola Tijani, Adebayo Tijani and Ibrahim Chatta. Afeez Eniola frequently came to visit us and he would spend the whole day with us.

That is why I will forever appreciate my wife and I will never stop celebrating her.

“She was one of the ladies that saw herself as a fine girl yet she decided to stay with a man who had no money and no good looks. If a woman stays with a man, it is either because he is rich or he is fine. I didn’t possess any of those qualities yet my wife decided to stick with me.

It is not as if I was very good with words or I had a name to brag about. She stayed with me with the belief that one day, I would become someone in life.

“It’s because of her that I believe that some women have foresight. She had probably seen that my future would be bright; we began dating in 2004 and got married in 2010. That is why it is impossible for me to have a second wife.

How can it be possible for me to get a second wife after all my wife has been through with me? She has faced so many struggles with me, so I cannot decide to marry another wife now that things are rosy for us. It is impossible.”

HOW I MET MY WIFE

“The day we met, she came to watch a film which I produced at the National Theatre. That was my first movie production. She was in the company with her friends. When I saw her, I told myself she was a fine girl so I decided to walk up to her.

I introduced myself to her and told her that I would love to date her. In order to impress her, I also told her that I was the producer of the movie she came to see but she just walked out on me after I made the statement.

“After about two months, we met again at the National Theatre and then I began the wooing process again after apologising for being corky. But shortly after, I did not get to see her for about four months. She eventually told me she had been very ill.

Then I persisted with wooing her because she was playing hard to get. Back then, we both did not have phones so I had to call her mother’s phone to talk to her but whenever I called the phone from a business centre, she always told her mother to inform me that she was not home.

But when her mother noticed that my calls were very frequent, she asked my wife who I was and she said I was a suitor she was not really interested in. Her mother then advised her to give me a trial.

Continue Reading
You may also like...
Related Topics:marry 2 wives, sanyeri