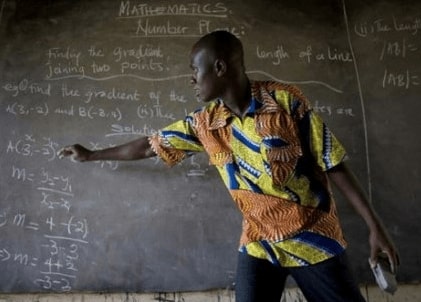 A Nigerian trader identified as, David Simon Chukwu, living in Dzodze in the Volta Region, Ghana, has been sentenced to nine months in jail or the option of fine of GH¢1, 800 (N133, 170) for assaulting a teacher and the headteacher of the Roman Catholic Central Basic School.

The sentence was issued by an Aflao Circuit Court after he pleaded guilty to being on the premises of the school for unlawful purpose and assault of a public officer, reports Citinewsroom.

Chukwu, however, pleaded not guilty to the third charge, also the assault of a public officer and the Court presided over by Mr. Ali Baba Abature, adjourned the case.

The court ordered the remand of Chukwu in police custody till October 17, for the prosecution to prove his guilt on the third charge.

The prosecutor, Mr. Michael Akemo, a Detective Police Inspector told the court that the complainants, Ben Dzata and Godwin Dzelu, headmaster and teacher respectively were assaulted by the Chukwu, a trader, on October 9, at about 12:30pm after the school’s second break on Tuesday.

Akemo told the court that a pupil reported to Mr. Dzelu, the class six teacher that he was referred to as a bastard by another pupil, Felicia Chukwu, the suspect’s daughter.

Felicia Chukwu was sent for but she refused to show up, prompting Mr. Dzelu to follow up and whip her for refusing to answer his call. Felicia sneaked home to tell her father, who stormed the school and beat up the teachers, without listening to their explanations.

Police arrested the suspect at the scene of the incident.