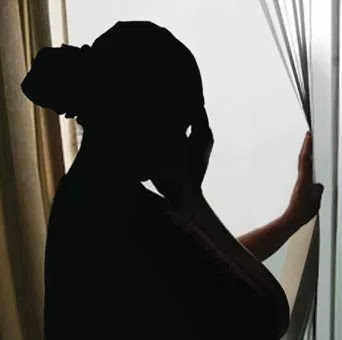 There was innocent and trusting; two attributes many would consider noble for a 26-year-old lady. But Adetutu was also naive, a weakness that was exploited by some people to subject her to untold hardship in a foreign land (Oman). Now she is living in fear of her tormentors.

On the surface, Adetutu looks every bit a happy lady. But deep inside her, she rages with anger at the terrible experience she had in Oman, the Middle East country where she had gone in search of job.

Today, she looks back at her short stay in the country with regrets. It was nothing but a journey to hell. Narrating her ugly experience in a chat with our correspondent, the Mass Communication graduate from one of the polytechnics in the South West said: “I was looking for a job when one of my neighbours told me that his sister from Egypt sent him a message on WhatsApp that her agent had asked if she had any lady that would like to work as a housemaid in Oman.

“When the guy talked to me about it, I decided to tell my boyfriend about it. He asked me what it would cost me to get to Oman, and I told him that I was told the agent wanted the sum of N200,000, which my boyfriend paid twice.”

It was when she got to Oman that the reality dawned on her that she had been swindled.

“What the agent told me was not what I met there,” she said.

“Before I left Nigeria, he told me that I would be taken care of and I would be free. But to my surprise, when I got there, it was far from that.

“On the day we got there, because we were three girls that travelled from Nigeria, we were taken to the Middle East Sophisticated Project Manpower office where we stayed for three days before sponsors from different places came around to pick us one by one for what we were there for (house help).”

Signs that she was in a big mess started unfolding when her supposed host rudely impounded her phone and international passport and became very hostile.

She said: “As soon as I got to my sponsor’s house, they collected my mobile phone and my international passport and told me that I would not be able to communicate with my family members for two years, and if I must, then I would have to recharge their phone to call my mum only.”

If the reception she got from her host was rude, the job she did the days that followed was demeaning. “I woke up daily around 5 am and would not sleep until 11 pm or midnight as I would still be busy performing all manner of house chores. I was never offered breakfast until about 4 pm. Many times, I would have to steal bread from the fridge and take it to the bathroom to eat.

“Later, I told them to take me to the office; that I didn’t like to work with them, because they never allowed us to go out for anything. Their house was like a prison. All the gates were always locked.”

Reprieve came her way when her hosts could no longer cope with her nagging and rebellious attitude. Adetutu was sent back to the agents’ office where she met other Nigerians with tales similar to hers.

While her phone had been seized by her sponsors, she was fortunate to see some other girls who still had theirs. “I made use of someone’s phone to start communicating with my boyfriend, to intimate him with the situation over there,” she said, adding that it is much better to serve as a housemaid in Nigeria than to do so in Oman.

Adetutu’s hope of returning to Nigeria got a boost when her boyfriend decided to send her a ticket. But her bid to return met a brick wall.

“When I told them at the office that I was going back home, a guy in the office, an Egyptian named Sahid, said that if I insisted on going back home, I would not be paid my salary for three weeks, which was about N15,000. In short, I was not given my salary and my phone.

Adetutu left for Oman with high expectations but returned flattened and devastated. She returned to Nigeria without a dime to show for her toil, but she would consider herself luckier than some other girls that travelled with her in that she was not sexually abused.

Among the unlucky girls was one whose journey to Oman Adetutu said was facilitated by an Alhaja, who on getting to Oman worked for a Nigerian couple as a housemaid.

Adetutu said: “The girl in question was turned into a sex machine by her male employer. To make matters worse, the male employer in question was always collecting her used menstrual pad for unknown reasons. And when the Alhaja who facilitated her journey to Oman was contacted in Nigeria, the elderly woman said there was no big deal in the way the Nigerian girl was being treated.

“That is the height of wickedness. As a Yoruba woman, she should know that the used pads collected from her were being used for rituals.”

Adetutu is sad that the ‘agents’ who are responsible for this heinous act still roam the streets of Nigeria free, swindling many innocent ladies in the name of giving them employment in Oman and other Middle East countries.

Adetutu said while she has forgiven those people, it is worrisome that some parents still patronise them by supporting their female children to embark on this satanic trip in the name of looking for jobs abroad.

She also blamed many radio presenters, especially in Ibadan, who out of ignorance, allow the “criminals to use their air time to advertise this modern slavery. I just decided to open up because there are many ladies and parents out there who still encourage their children to patronise these criminals.