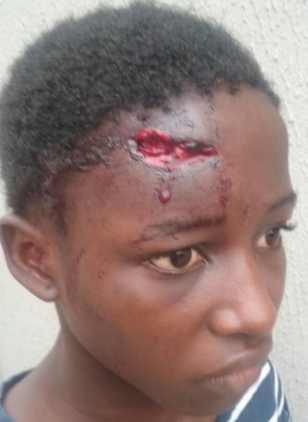 A lawyer who stabbed her house girl with an unidentified object has been arrested by police.

The suspect, Barrister Tolu Olaoye who has been attacking her house girl at their home in Baruwa area of Ipaja Lagos for a while was picked up today after 15-year-old Abigail Opebiyi reported the lawyer’s incessant abuse to a neighbour who took her to the police station.

Lagos Police PPRO , Chike Oti said Opebiyi who has been living in bondage since she was 9 has been rescued.

He added that the suspect will be charged on Monday.