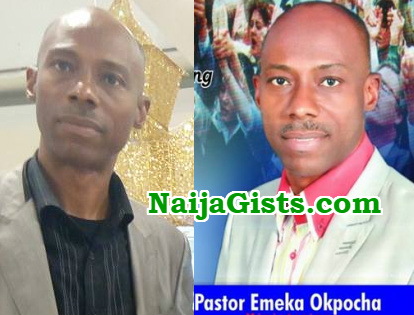 The founder of Grace World Ministries International aka Holy Ghost Power Arena in Kuje area of Abuja, Pastor Emeka Okpocha has been arrested for allegedly threatening to kill his ex-wife, Chidinmma months after their marriage crashed.

The 49-year-old cleric whose marriage produced three children before it crashed was arraigned today in a Grade I area Court in Kubwa over criminal intimidation and threat to life.

The case was reported by Chidinmma Okpocha at Kubwa Police station on Tuesday the 5th of December 2017.

She reported that Pastor Okpocha sent her an email narrating how a man shot his ex wife and mother in law. Chidinmma added that her ex-husband told her he always imagine bad thing anytime he thought of her.

The police prosecutor handling the case Olanipekun Babajide said the defendant also threatened his ex-wife’s life at her home and place of work on several occasion. 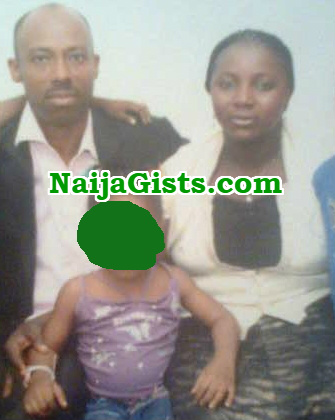 Pastor Okpocha pleaded not guilty and was granted bail in the sum of N500,000 with a reliable surety in like sum.

He will return to court on the 28th of February 2018 for further hearing.

Nigerian Lawyer Who Stabbed House Maid In Ipaja Lagos Arrested By Police
Where Are The Preachers, The Custodians Of Traditional Values & Political Leaders?