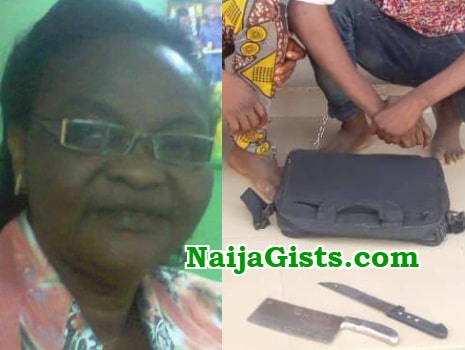 A brave lecturer two days ago escaped an attack by two young robbers who would have dispossessed her of her valuables.

The lecturer, Mrs. Olubusola Oke Salako, was said to be in her residence in the Iyana-Iyesi area of Ota in Ogun State, when her generating set suddenly went off at about 11:00pm on Friday, November 30, 2018.

Thinking it was a minor fault her housemaid could easily manage, she sent the maid to go and fix it, unknown to the mistress and maid that it was the handiwork of suspected armed robbers, who used it as a gimmick to infiltrate them. 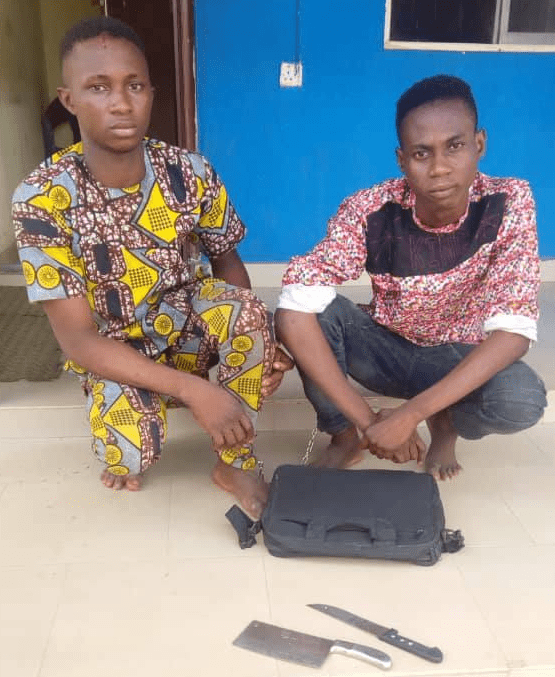 According to the State Police Public Relations Officer (PPRO), DSP Abimbola Oyeyemi, in a press statement made available to Crimepuzzle, “Immediately the girl opened the door, the two marauders held her and covered her mouth with cloth, threatening to kill her if she makes noise.

“Her initial screaming when she ran into armed bandits, suggested to the madam that the household was under the siege of bad boys, propelling her to apply wisdom by quickly bolting the door from the back before making a distress call to the police and some members of the Community.

“On receiving the call, the DPO Onipanu Division, SP Sangobiyi Johnson, quickly mobilized his Anti-Robbery men to the scene where the two suspects, Akindele Ramon, 22 and Paul King, 20 were were promptly arrested with the help of members of the community”, the PPRO stated.

The police image maker further said that in the course of interrogation, Akindele Ramon revealed that Paul King, who resided within the neighborhood, gave out information about the victim to the gang, comprising him (Ramon) and one Rapheal Solarin, now at large.

Recovered from the suspects, according to the PPRO, were two knives; a UTC and a kitchen

He added that the Commissioner of Police, CP Ahmed Iliyasu, had ordered the immediate transfer of the suspects to the Federal Special Anti-Robbery Squard (FSARS) for discrete investigation and prosecution.