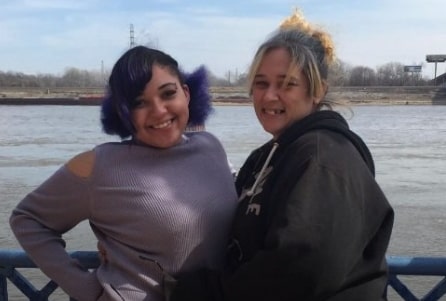 A woman is still in shock days after her drug addict mother allegedly did her funeral service as a scam to earn money.

According to KSDK, 21-year-old Brittany Johnson Webster found out from her aunt about the funeral service her mother did on her behalf in Ferguson Missouri, 3 hours away from where she lives.

Brittany’s mother told people that she lost her daughter in a car crash on the 27th of October 2018 and collected donations to pay for her funeral expenses.

‘They had pictures of me blown up into posters that said rest in peace Brittany“.

‘My brother actually died and here my mom is faking my death. You know I was upset, I was angry, but more than anything, I was sad‘

Britanny was raised by her grandparents since her mother had drug addiction problem.

Here is how she apologised on her mother’s behalf:

“I apologize for her actions. It’s messed up, but she ended up scamming you guys out of some money, you know just trying to make you feel bad. She claimed I died in a car accident and the next day someone had pulled out in front of me and I slammed on my brake and spun out three times, and all I could think was I’m going to die, my mom’s speaking my death into existence”.

See a copy of her funeral pamphlet below 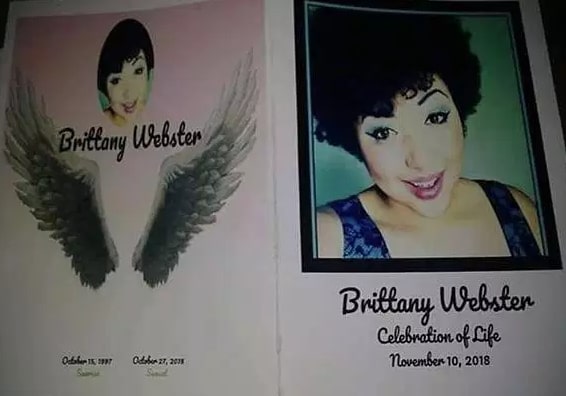 Mother from hell!!!. Why do such to your daughter.