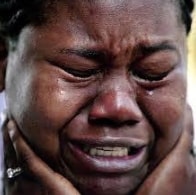 Nigerians who suffered in Libya have continued to speak on their travel in the North African country. One of them, Naomi, 30, narrated her ordeal of the journey to Europe through Libya. She said: “It has not been easy at all. I had a flourishing hairdressing business before I went to Libya.

But I have lost everything. I also lost my mother and my 11-year-old son, while I was away. When they could not connect with me, my mother died of heart attack, while my son died because there was nobody to take care of him. But I thank God I came back alive. I will start all over again; I believe I will make it in Nigeria.

No more going out of the country.” Naomi was participating in a reintegration training programme in Lagos sponsored by the European Union (EU) and International Organisation for Migration (IOM) in collaboration with the Federal Government.

She and other participants shared their experiences about reintegrating to life in Nigeria after being deported. Most Nigerians, who embark on irregular migration to Europe, imagine that their lives would be greatly improved once they reach their destinations.

Unfortunately, the reality for most is vastly different. Many lose their lives during the journey. Those who do make it to their destination usually face all manners of difficulties and wish to return home, but end up feeling stranded and trapped in a foreign land. Others are summarily deported.

Like Naomi, many deported migrants had thriving businesses in Nigeria before they embarked on the journey, but left behind a solid livelihood for the promise of a better life that never materialised and often ending up penniless or in severe debt.

Once back in Nigeria, deported migrants often face additional frustrations and find it difficult to fit into communities they had chosen to leave in search of something better. Ubo, 32, from Akwa Ibom State, said life had become so unbearable since he returned to Nigeria that he had even contemplated suicide.

He said: “I came back on May 11, 2017, and since then life has been very tough. I was at the verge of committing suicide. I wanted to end it once and for all because I didn’t know where to start again. I came back with nothing; I lost everything.” According to the IOM, over 8,000 Nigerians in Libya have voluntarily returned home between January and May 2018 due to cases of inhuman treatments, human trafficking and slavery, rape and death.