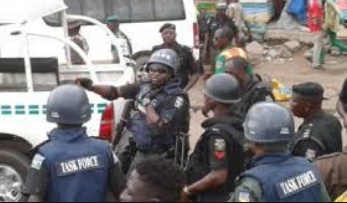 At least 3  policemen were today killed and some Syrian expatriates  abducted by unidentified gun men along Sokoto-Bodinga road in Sokoto state.

According to eyewitness account,  the victims met their waterloo in the morning hours after an exchange of gun fire with police personnel along Bodinga road.

It was gathered that security personnel were swiftly drafted to strategic locations and major streets for stop and search on vehicles coming in and outside the state.

Tears As Aisha Abimbola Dies In Pain: Video Tribute To Nigerian Actress Who Died Of Cancer In Toronto Canada Last Night
Nigerian Libya Returnee Who Lost Mother & Son While She Was Away In Libya Laments