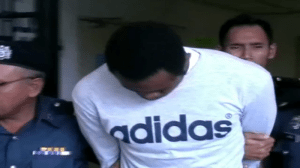 They were both charged with methamphetamine trafficking, an offence which carries death sentence.

The 2 were arrested in Kuala Lumpur 14 days ago after they were caught with 1kg of methamphetamine.

Drug trafficking offence is unpardonable in Malaysia as it carries mandatory death sentence by hanging.

Their next court date has been scheduled for Oct 1st, 2012

Since 1960, more than 440 people have been executed in Malaysia, including two Australians put to death in 1986 for heroin trafficking that made headlines as they were the first Westerners to be executed under tough new anti-drug laws.