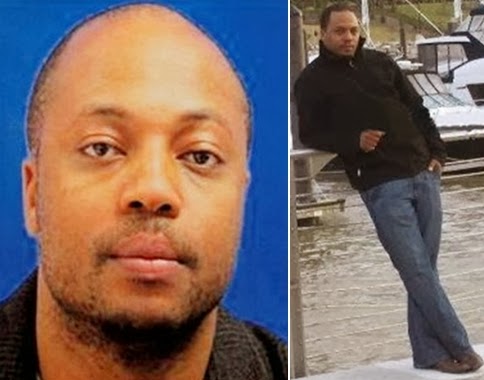 Last weekend while Christmas spirit saturates the air, a couple in New Jersey were about to end their relationship the bitter way.

On Friday the 27th of December, police officials in East Orange, New Jersey received a distressed call around 6 am in the morning.

On getting to the couple’s home at 39 South Munn Ave, they found 9-month-pregnant Fatoumata Owoseni with serious stab wounds.

The 26-year-old woman was unresponsive by the time police got there.

Her 33-year-old husband, Mr Babatope Owoseni who allegedly stabbed her to death in a bit of rage was immediately arrested at the scene.

He has been charged with the murder of his 9-month-old pregnant wife and is being held at Essex correctional facility. His bail has been set at $750,000.

Nawa for some men o haba.

Why can’t he pity the innocent unborn baby inside her. OMG this is so so painful.

The man needs a psychiatric assessment because a man in his right mind will never do such a thing.

RIP Fatoumata and the baby.

President Jonathan Mocked By Kenyans Over 7 Private Jets
Asari Dokubo: “My Meeting With Al-Mustapha Is To Bring Peace To Nigeria”