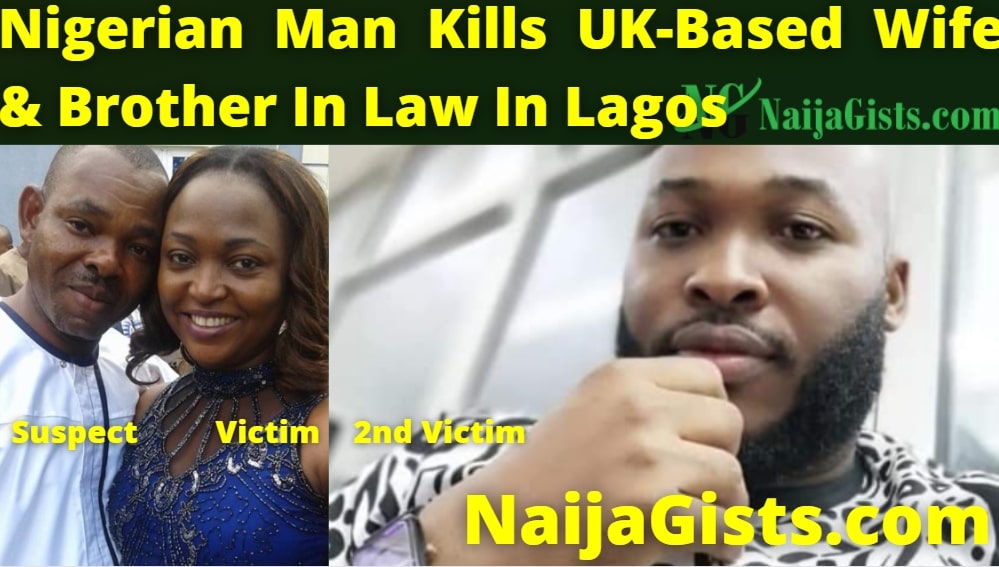 A 50-year-old man who allegedly killed his wife and brother-in-law in Lagos has been arrested.

The victim, 46-year-old Chinyere who returned to Nigeria from her base in Scotland on the same day died on the spot while her brother gave up the ghost at the hospital after telling his own side of the horror story.

Chinyere reportedly came to Nigeria hours before the attack.

The mother of 4 was said to have returned to Nigeria to intervene when she learnt that her husband was planning to sell the house she built in Nigeria.

On arrival at the Muritala Mohammed Airport, Ikeja, her younger brother and only son of their parents, Ifeanyi, went to pick her up from the airport.

According to family source, after setting the duo on fire, the suspect called one of the victims’ sisters alerting her that their house was on fire but that he managed to escape while his wife and her brother were trapped.

Here is what the brother-in-law of the suspect said on his hospital bed hours before he died of severe burns:

“My sister and I were sleeping when her husband came, banging on the door. We had a little misunderstanding as he accused me of locking him outside. I told him I didn’t. I said I only used the key lock and that besides, he could have opened it since he had his keys with him.

“He kept shouting that I locked him out. He insulted me and my sister. But we kept quiet. He left the room, only to return when we had fallen asleep. He poured petrol on us, lit a match and went out.

“We were burning. I managed to escape but couldn’t save my sister. I was fortunate enough to survive”.

The private guards at Oteyi Community Zone 7 alerted policemen from Trade Fair Division, who evacuated the burnt remains of Chinyere.

The suspect who initially fled to Owerri Imo state had been arrested.