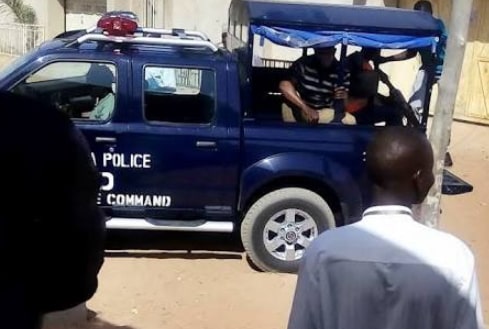 An High Court in Ikeja yesterday sentenced a 28-year-old man, Collins Abakwe, to 10 years’ imprisonment for stabbing his younger brother, Chibuike Abakwe, to death during an argument over a woman.

The Justice Raliat Adebiyi-led court sentenced the convict, who was arraigned on a charge of murder in 2013, after finding him guilty of a less charge of involuntary manslaughter.

The initial charge of murder was changed to manslaughter following a plea bargain agreement the convict had with the state, the News Agency of Nigeria reports.

Following the plea bargain agreement, the convict was re-arraigned on Wednesday but he pleaded not guilty to an amended charge of manslaughter.

“The court is satisfied with the jail term agreed upon by the prosecution and defence counsel.

“The defendant is hereby sentenced to 10 years’ imprisonment,” Adebiyi said.

Before handing down the sentence, Adebiyi enquired from the convict whether he understood the meaning of the agreement he had entered into.

The convict, replying in the affirmative, told the court that he signed the agreement himself.

According to Mrs O. A. Olugasa, the lead state prosecutor, the convict committed the offence on Valentine’s day, February 14, 2013, on Adeyanju Street, Amukoko, Lagos.

“Collins stabbed his younger brother, Chibuike, to death with a broken bottle during an argument.

“The siblings were arguing over a friend’s girlfriend who was trying to pass the night in their home.

“The misunderstanding became very violent and Collins ended up stabbing his younger brother, resulting in his death,” she said.

Olugasa also requested that the court should order the family of the convict to admit him in a rehabilitation centre.

“This is to enable him to undergo proper counselling when he finishes his prison term,” she said.