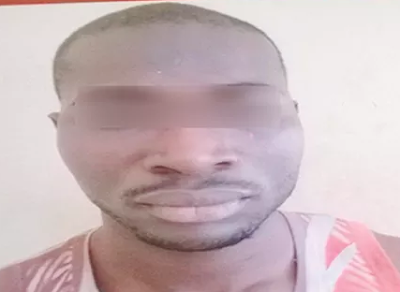 The night of March 1st 2016 will not be quickly forgotten by residents of Omege village near Abakaliki in Ebonyi state after the shocking discovery of a violent sodomy act.

Kenneth Nweke stepped out to get fresh air. He la on a mat to relax as breeze cools his body when someone grabbed him from behind. The person was apparently too powerful for Nweke; although Nweke struggled with his unseen assailant, he couldn’t budge the person.

Nweke began to grow weak; the fight seeped out of him. And just then, the worst nightmare of his life began to happen. His assailant forcefully tore off Nweke pants.

Nweke gasped in shock, wondering what the heck was going on. He soon had answer to his question when the man forcefully inserted his manhood into his anus. The man didn’t care that Nweke was screaming in pains; he continued his act of sodomy until Nweke anus was bleeding profusely.

Doctors and the hospital workers refused journalists’ access to the victim.

According to the police, the suspect, Anyigor is a native of Benue State, residing in Ebonyi state.

He has been transferred to SCID for criminal prosecution.

Stella Damasus Seeks Relevance, Blasts Nigerians From Her Base In The US
Nollywood Actress Rachael Oniga: Why I Didn’t Attend Africa Magic Movie Awards