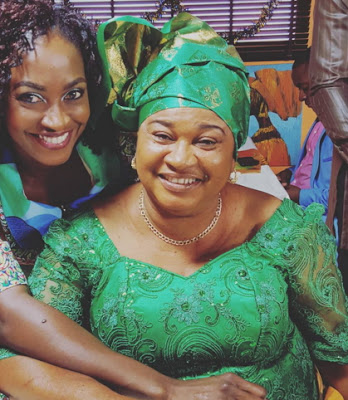 Rachael Oniga recently had a phone chat with Entertainment Xpress.

The veteran Nollywood actress explained why she was absent at the recently concluded Africa Magic Viewer’s Choice Awards, AMVCA 2016. She also talked about her life as a single mother.

I am always invited. Though there is no age limit to attending such events and every actor should be proud to be part of it, I think it is mostly for the younger ones.

We have had our time too; during our days we were always making plans. At my age, you still want me to start running after designers and gracing red carpets with these younger girls?

There is time for everything in life. From home, I can still watch and appreciate it.

I am with them in spirit and that is what matters.

I attended AMVCA last year, so I know it is a beautiful ceremony where our works are celebrated.

I Will Remarry If I’m Destined To Be

Maybe I have never thought of giving it a second shot. Anything that happens to one in life is destiny. If I am destined to remarry, I would definitely do that but so be it if I am not.

When my children were little and questions like this one were thrown at me, I would react. But they are all grown up and I am even a grandmother now.