A Nigerian citizen who allegedly attempted suicide by jumping from a 5 storey building in Germany is clinging to life at the hospital.

The migrant whose identity is yet to be revealed reportedly planned his own death when he jumped from the 5th floor of a migrants detention camp has caused panic among fellow migrants awaiting deportation. 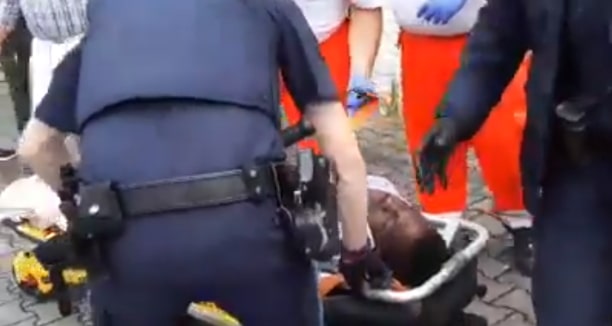 In a viral video fellow Nigerians who witnessed the suicide attempt shared online, many migrants were head speaking pidgin English to express their shock over the alleged suicide attempt.

Davido Jumps Fence To Escape Arrest As Father Sends 50 Policemen To Arrest Him For Dropping Out Of School
Igbo Weddings DIY: How To Do Traditional Wedding, Marriage In Igboland