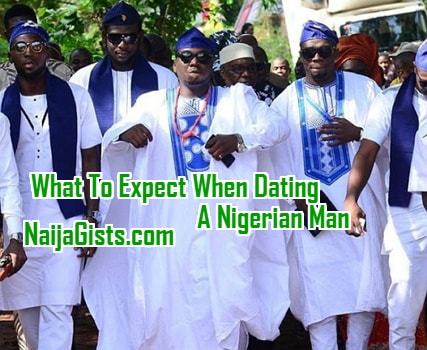 NIGERIAN MEN PERSONALITY TRAITS: WHAT TO EXPECT WHEN DATING A NIGERIAN MAN

They say that “Women are the most complicated beings on earth,” but what about men, particularly Nigerian men? Understanding a thing is the first step in getting to know how to work with it; I think the same thing applies to humans, and in this case men.

There are many adjectives which can be used to describe the average Nigerian man; words like comical, hardworking, strong-willed, often annoying, domineering, serious, and blandishing are some of such words.

Right from when they were given birth to, Nigerian men have been instilled with the general belief that they are alpha beings and live to prove that belief.

Though there are stereotypes, generalizing or putting all Nigerian men into a single class will not be fair, and hence, there is a need to know them personally or at least based on their tribes.

This article is not meant to be an authority on understanding Nigerian men, but it tries to give an angle as to what you (as a lady) should expect when dating a Nigerian Igbo or Yoruba man.

Virtually all Nigerian men pride on the traditional foods.

You must have heard the saying that the way to a man’s heart is through his stomach. This is almost certainly true with most Nigerian men as they don’t like to joke with food, especially the traditional dishes like fufu, amala, pounded yam, and egusi soup. So, if you are dating a Nigerian man – whether Igbo or Yoruba – you need to be a good cook or at least learn how to cook if you don’t know.

Understand that most Nigerian men are football enthusiasts.

It is almost rare that you come across a Nigerian man who does not take a liking to football, I repeat “almost rare.” So, if you plan to date a Nigerian man, regardless of his tribal affiliations now, you should be ready to put up with his love for the “beautiful game.”

If you are a pro-feminist you might find it difficult dating an average Nigerian man. This is because of the fact that Nigerian culture – regardless of the tribe – accords so much respect for the male gender. The Nigerian man is always seen as the head of the family, his opinion supersedes that of his wife. So, you need to have the same respect for your man if you want your relationship to go anywhere.

Nigerian men may come off as being emotionally insensitive.

You don’t have to be surprised when a Nigerian man that you are dating doesn’t respond to your emotions. While some will say it is weird, the truth is that most men, not just Nigerians here, are wired this way: they rarely let their emotions out talk less of allowing it get the better of them.

This is in line with the last point, it is still considered unconventional for Nigerians to display their affection in the public. So, don’t be surprised if your Nigerian man forgets to kiss you goodbye after going on a date

Nigerian men are loving and protective of their partners.

While a Nigerian man needs his respect and rarely gets emotional, it doesn’t mean that he does not care about his partner. Contrary to what you may think, Nigerian men, are lovable and love their partners as much as themselves (talk about the biblical command to love).

You need to respect his family.

An average Nigerian man holds allegiance to his family and so you need to respect the members of his family. In the Igbo tradition, the male children are bred with the belief that they need to cater to the family when they grow up. As a result, Igbo men hold their family in high esteem, maybe even more than their partners.

Yes, Igbo men pride themselves as one of the most industrious people on the planet. Whether it is a petty business or a white collar job, a Nigerian man always makes sure that he puts in his best in it. This means that you should not be surprised when a Nigerian man forgets to call you as he probably might be thinking of his business

If there is an award for the best men in the art of flattery then that award should go to the Nigerian man. Someone once posted online that “Nigerian men always know what to say in every situation.” You might catch him flirting with another lady but before you are done accusing him, he must have given you a hundred and one reasons why your accusation is wrong or that he was doing something else.

It part of the Yoruba culture for the woman to take care of the house, failure to do so as a lady paints you as a lady woman. So, before you decide to date that Yoruba man, make sure that you have inherited or learned the virtue of diligence.

If you are a lady that loves to talk before you think thereby causing chaos with your mouth or you just don’t know how to stop making offensive comments with your mouth, then you need to stay away from Nigerian men. While this may not mean anything to foreigners, it is common for an Igbo man or a Yoruba man to judge their partner (or would-be spouse) by their utterances. If they find you loud-mouthed then there is no point bringing you home to meet their family.

Both the Igbo and Yoruba men are known for their faithfulness on promises. Although there are bound to be detractors, most Nigerian men tend to keep to their word.

To say that Nigerians are friendly is, to say the least, they are amiable. You can start up a friendship or a relationship with a Nigerian without any hassles.

He cherishes his mother.

This is like an extension to the point of having respect for his family. A Nigerian man has been raised by his mother to believe that he is in charge of everything and probably everyone, except his own mother. An average Nigerian adores his mother, sometimes more than his partner, especially if she treated him very well while growing up. So, when he visits his mother more than you don’t get angry because it’s in his nature; just pray that he doesn’t continue that way if he eventually marries you.

What is all the beauty without the brains? If you are beautiful then you must commend yourself; but, your beauty isn’t supposed to stop at your looks, it should also be obvious with your reasoning. So, as a woman dating an Igbo man or a Yoruba man you need to have substance in your mental faculties. That being said, you shouldn’t showboat yourself before a Nigerian man as it would mean disrespect to him.

Real in this context means two things: first, the woman has to be honest and not liars; secondly, they love naturally beautiful ladies. If you are a makeup beauty queen with a fake beauty you will have to change your ways when dating a real Nigerian guy. This is because while you may think he has an interest in you, you will be surprised when he walks out on you.

No matter how far away from home an Igbo or Yoruba man is, he always has it at the back of his mind that he is not at home. That is why you see most men who have settled in the Diaspora coming back to Nigeria when they want to get married. They understand their cultures and tradition and know how marrying a foreign lady may take them away from their roots.

Desperate women are those who want to do everything within their powers to get a hold on a man. They actually find such women unattractive; rather they prefer women who have a life of their own besides their partner. If you are an independent woman you may even gain more respect from a Nigerian man. So, instead of searching for one man or another to cling to you should use that time to develop yourself and get a job.

As much the average Nigerian man is hardworking and loves to hustle, there is a big part of him that also loves to recreate. After all, what is the essence of working too hard without getting some time off to enjoy the rewards?

Enough has been said already about Nigerian men and what to expect while dating them. While the aim of this article is targeted towards the Igbo and Yoruba men of Nigeria, it can apply in most cases to Nigerian men of other tribes.