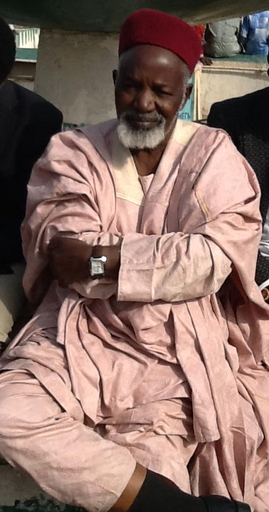 The dawn of new era which ushered in President Muhammadu Buhari ( PMB) is one that was celebrated with vigor and renew hope of enthusiasm around the World. The wind of change which swept across Nigeria rendered PDP a political orphan of some sort, yet those sympathetic to its course which had once promised to dominate the spectrum of Nigeria political scenery for a period of 60yrs and beyond, are quick to criticize every single move of Mr. President. While this is understandable given their level of frustration as a result of this heavy defeat inflicted on them, by what we called “General March for Buhari tsunami” as it were, constructive criticism should be the watchword.

PMB Inaugural Speech is promising as its covers the sensitive boiling issues troubling Nigeria but the decision to relocate the Military Command Centre to the theatre of war in Borno State, was taken with a pinch of salt as mixed reactions followed suit, and prominent amongst is a show of shame in the name of Media and Press Conference organized by a failed oldest politician in the person of Balarabe Musa along other frustrated Civil Society Groups.

It only in Nigeria every individual is a security expert when it come to providing answers to insurgency, not minding the absent of military background, whilst asymmetric warfare is different from conventional type, it is important only those who are practically trained in this regard are allowed with their sense of judgement, our President was a formal General and should be trusted on this one.

These groups also questions why PMB is not vague and detail in his Inaugural Speech?And I asked do you rather prefer a well-articulate lies of a policy than a brief and sincere master plan which carries the hope of Nigerians? As far as many are concern the Inaugural speech is very accurate, perfect, unambiguous, loud and clear, brief as in the democratic standard, precise, concise, and of no equivocation.

Sometimes I wonder where have all these Civil Society Groups been despite the horrific political experimentation undergone under the past leadership?the answer to this is obvious and possible left-over- frustration on the painful exit of formal President.

In several fora, I have always maintain that PMB can not afford to fail, and this is the time to wish Nigeria and indeed PMB well, as his failure God forbid, shall remain our greatest nightmare. It is highly unpatriotic of anybody to always think negative of yet a government that just ascended to power less than a week just because your candidate was heavily beaten rainbow.

We must all support the leadership of President Muhammadu Buhari (PMB), because here is a man with penchant for zero-tolerance for corruption, a man whose word can stand any bank of integrity, anytime any day. Unlike the sweet lies of the past administration which resulted in the hopelessness, dead economy with zero national treasury, devalued Naira, worst perennial fuel scarcity, un imaginary local and foreign debts, extreme hunger, abject poverty, decayed infrastructure, a sharply divided Nigeria alone religious and regional lines, insecurity? The list is endless.

Finally, while a robust criticism and stronger opposition makes our democracy tick, the distraction of this government shall be relegated to unending ridicule if they are not constructive in their analysis; after all PMB is for all and not for anybody.

Continue Reading
You may also like...
Related Topics:balarabe musa, Buhari