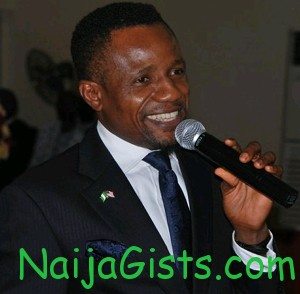 Top Nigerian movie producer and film director, Dickson Iroegbu has been arrested by the police. naijagists.com

He is currently in police detention at Aguda station in Lagos over N400,000 debt.

He borrowed the aforementioned total sum of money from ANCOP President, Comrade Alex Evengho in January of 2012 and since then, we learnt he hasn’t paid back the money.

The problem started when he issued fake cheques to his lender two times.

“Dickson has been playing hide and seek game with me for over a year now since I loaned him this money to clear his house rent. I do not want to take the law into my hands hence, my decision to report the matter to the police for their intervention.

All I want now, is my money. I’m sure, he knows the implication of issuing dud cheque not once but twice.” – said Comrade Alex, the lender

As at the time of this report, we’re still unsure if he has been released from police detention.

Stay in touch for update on his arrest.