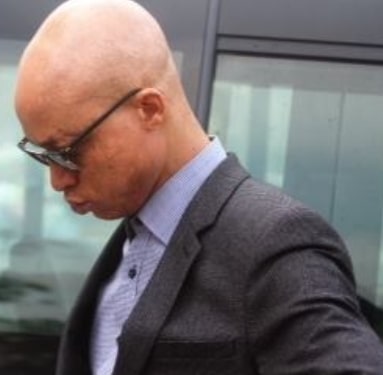 The EFCC Lagos Zonal office today October 9, 2018 arraigned one Barnabas Johnson Akojie alongside his companies, Hanston Oil & Gas Limited and Bahanston Oil & Gas Limited, before Justice Olusola Williams of the Special Offences Court sitting in Ikeja, Lagos on an eight-count charge bordering on obtaining by false pretence, forgery and fraudulent conversion to the tune of $149, 950.00.

The defendant allegedly forged some documents and used his companies to obtain the money from one Etienne Irazoqui as cost of logistics for the supply of crude oil.

However, the complainant alleged that Akojie reneged on their agreement and converted the money to his personal use.

One of the counts reads: “That you, Barnabas Johnson Akojie and Hanston Oil & Gas Limited, on or about the 29th day of November, 2017 in Lagos within the jurisdiction of this Honourable Court, with intent to defraud, obtained the sum of $69, 975. 00 (Sixty- Nine Thousand, Nine Hundred and Seventy-Five United States Dollars) from Etienne Irazoqui by falsely representing to him that the money was for logistics fee for a contract of supply of crude oil under “off-OPEC” basis from Nigerian National Petroleum Corporation (NNPC), a representation you knew to be false and thereby committed an offence contrary to Section 1(1) and 1(3) of the Advance Fee Fraud and Other Fraud Related Offences Act, No. 14 of 2006.”

He pleaded not guilty to the charge.

In view of his plea, the prosecution counsel, G. C. Akaogu, asked the court for a trial date and prayed that the defendant be remanded in prison custody.

The defence counsel, C. Nmakwe, however, informed the court about a summons of bail dated August 28, 2018 and prayed that the application be heard for the determination of his client’s bail.

The prosecution counsel, in his response, filed a 32-paragraph counter-affidavit deposed to by Paul Okoli, an operative of the EFCC, explaining why bail should not be granted to the defendant.

The defendant was said to have refused to provide a known address right from the inception of the investigation till he was apprehended.

He also said that the defendant had yet to deposit his international passport.

The prosecution counsel, therefore, argued that “if he is granted bail, he may be a flight risk.”

After listening to both counsel, Justice Williams admitted the defendant to bail in the sum of N10m (Ten Million Naira) and two sureties in like sum.

One of the sureties must be a blood relation, who resides within the jurisdiction of the court, while the other must have a landed property.

Also, one of the sureties must be a civil servant on Grade Level 14 and above.

Justice Williams also ordered the defendant to deposit his international passport with the court registrar and to also furnish the court with his known address.

The Judge adjourned the matter to November 7 and 9, 2018 for commencement of trial and ordered the defendant to be remanded in Ikoyi prison pending the perfection of his bail conditions.