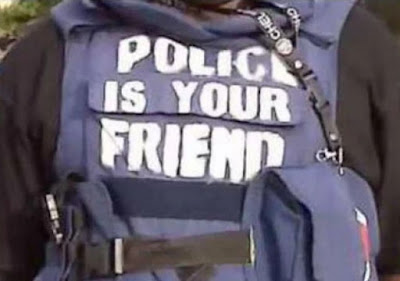 After investigation by Sergeant Etebi Enahoro and his team, the suspect, a resident of Orile Ilasan area of Lekki, Lagos was arraigned before an Igbosere magistrates’ court, Lagos on four-count charge bordering on alleged issuance of police uniform to unauthorized persons in his church, false information and stealing.

Feddy told the court that the accused in 2010 stole planks valued at N600,000 and in 2013 issued police uniform to unauthorized persons in his church.

He further told the court that the accused in 2014 wrote a petition to the Area Commander in charge of Area J Command, Elemoro, Ibeju Lekki, Lagos, that Olumide Kolajo fired gun shots at his church members, but that during investigation, the police discovered the allegation to be false.

Feddy said the offences the Pastor committed are punishable under sections 285, 80, 93 and 166 of the Criminal Laws of Lagos State, 2011,

Akpan, however, denied the police allegations in the open court, and Chief Magistrate Mrs A. O. Sholadoye admitted him to bail in the sum of N200,000 with two sureties in like sum, one of whom must be a blood relation and the other a civil servant.

Sholadoye adjourned the case till 24 April, 2016 for mention, while the defendant was taken to Ikoyi Prison, Lagos following his inability to perfect the bail conditions before the court closed proceedings for the day.