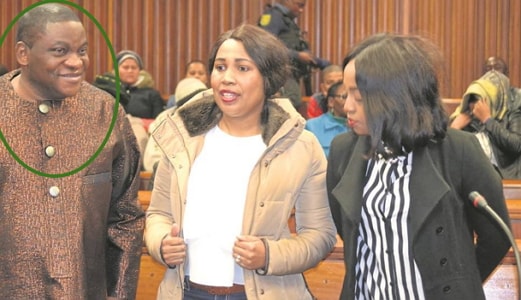 The controversial Nigerian Pastor who was arrested by the Hawks last year appeared in court yesterday alongside his South African Accomplices, Solani Lusanda and Sitho Zukiswa.

Solani and Sitho were accused of recruiting young girls for the founder of Jesus Dominion International Church  who in turn took them to his house in Durban where they were sexually assaulted.

The alleged victim of the randy Pastor were said to be girls  as young as 13.

Omotosho who has been behind bars since he was arrested last  year was denied bail again during his court appearance on Friday.

His accomplices have been freed bail.